Please ensure Javascript is enabled for purposes of website accessibility
Log In Help Join The Motley Fool
Free Article Join Over 1 Million Premium Members And Get More In-Depth Stock Guidance and Research
By Ryan Downie - Apr 2, 2021 at 6:24AM

These two tech stocks provide a combination of stability and growth that investors can confidently buy and hold for the long term.

The hot stock of the day might sound too good to pass up, but your long-term investment portfolio should focus on stocks that should have strong fundamentals both today and a decade into the future. It's hard to see 10 years into the future, and the unexpected can always leap up to disrupt a sound narrative.

However, there are steps we can take to identify companies with stellar growth opportunities and sustainable competitive advantages. Some mega-trends are relatively easy to predict, and the best companies enabling those trends are likely to outperform the market over the long term. With a 10-year time horizon, we don't have to take as much care to limit volatility or nitpick valuation ratios. A decade from now, the winners will have ridden out economic cycles and grown enough to justify all but the most aggressive valuations today.

These two stocks have established businesses, exposure to major tech trends, and reputable products in growth categories. They're great building blocks for your investment portfolio. 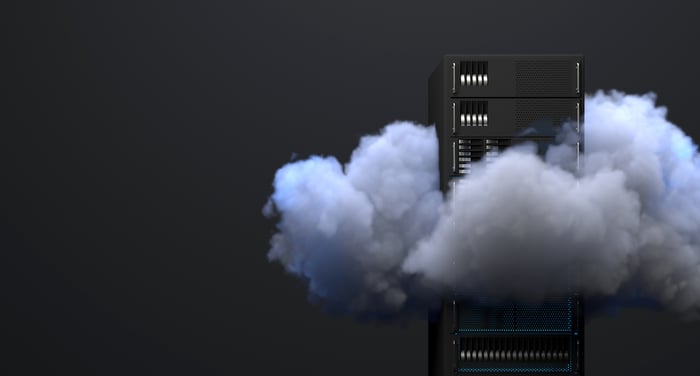 NVIDIA (NVDA 5.38%) rose to prominence as a leader in the design and production of graphics processing units (GPU) for computers. The company's products have evolved to become important components in data centers, cryptocurrency mining hardware, autonomous vehicles, and robotics. This aligns NVDIA's fortunes directly with some of the disruptive technology trends that are expected to define the next decade. As blockchain, AI, security, remote connectivity, and video gaming become more prominent, demand for NVIDIA's industry-leading products will also grow.

The company is also in advanced discussions to acquire a licensed chip design company called Arm, which would expand NVIDIA's operations into a new growth avenue. That'd be especially true if moves from Apple and others to manufacture chips internally boost demand for chip design services.

The story has a fair share of risks. The semiconductor industry is notoriously cyclical, as demand and pricing can fluctuate drastically based on the product replacement cycle, rather than global macroeconomic conditions. Plus, a serious decline in highly volatile cryptocurrency prices could also see a steep drop in demand for the chips used in mining. NVIDIA trades at more than 38 times forward earnings, nearly 19 times price to book, and has an enterprise-value-to-EBITDA ratio above 55. If bad news creeps in, share prices could crater quickly.

Still, NVIDIA is growing rapidly, and its products have an excellent reputation. The company is deeply connected to all of the most exciting technology trends of the next decade, and there's an enormous opportunity ahead for shareholders. It's good to hold today, and it could be much larger in the future.

Microsoft (MSFT 2.76%) is famous for its Windows operating system and the Office software suite, but it is also one of the major players in cloud services. The company also owns the networking and employment social media platform LinkedIn, has a large video game business, and sells the popular Surface brand of touchscreen computers.

Microsoft has a rare combination of favorable characteristics. The company enjoys stability through enormous scale and product diversity, but it is also delivering exceptional growth -- that's not common. For the first six months of fiscal 2021, total sales increased nearly 15% over the prior year. The company's Azure server products and cloud services grew 50% year over year in the most recent quarter. That segment has expanded to exceed the revenue produced by Microsoft's flagship personal computing products. Almost every business is tech-enabled now, and the inevitable growth of software as a service (SaaS), cybersecurity, and remote collaboration is a catalyst for cloud service providers.

Microsoft is in direct competition with fearsome heavy-hitters including Amazon, Alphabet, and Apple. That's certainly a risk. That said, Azure is second only to AWS in the cloud market, with 20% share. Encouragingly, it has actually gained market share over the past year. Microsoft will grow by merely maintaining share in the next decade, as cloud services are expected to expand nearly 20% annually.

At a forward P/E ratio of only 28.7, there's too much upside potential here relative to the risks associated with competition. Microsoft has the established business to make it a relatively safe stock, and it also provides growth potential to outpace the market.