Please ensure Javascript is enabled for purposes of website accessibility
Log In Help Join The Motley Fool
Free Article Join Over 1 Million Premium Members And Get More In-Depth Stock Guidance and Research
By Keith Noonan - Apr 5, 2021 at 9:34AM

The SPAC is still up 181% since its market debut and will likely make its merger with Stem official this month.

Shares of Star Peak Energy Transition (STPK) dipped 22.2% in March, according to data from S&P Global Market Intelligence. The special purpose acquisition company (SPAC) had posted huge gains following the announcement of its upcoming merger with energy storage specialist Stem, but its stock lost ground amid a widespread sell-off for growth-dependent technology stocks. 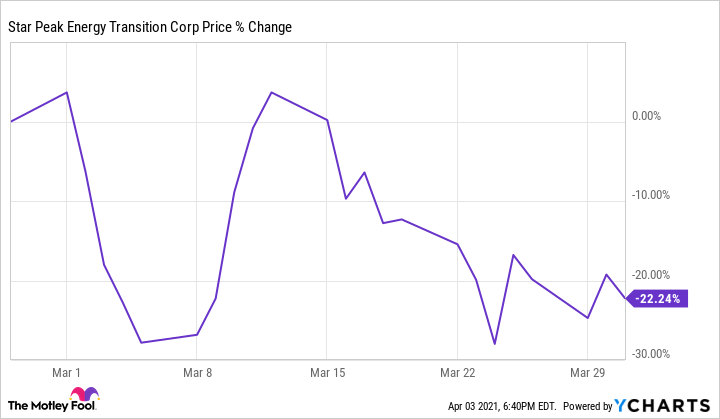 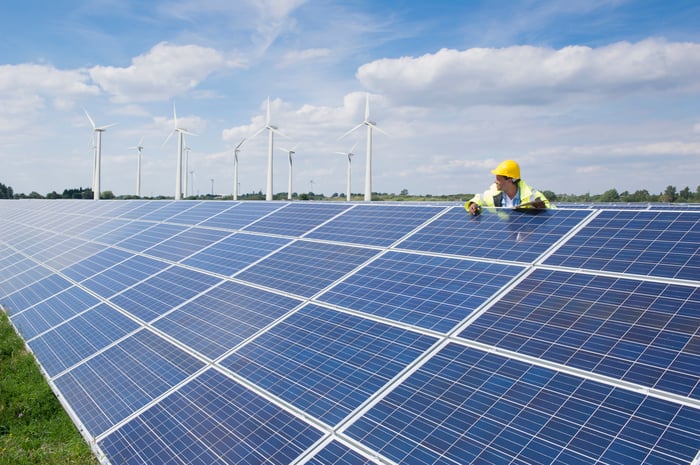 Stem published its full-year fiscal results on March 15. Management said revenue for the period more than doubled year over year and came in approximately 10% higher than its estimate at the time the Star Peak Energy Transition acquisition was announced.

Stem uses artificial intelligence (AI) technologies to improve storage efficiency for fuel cells, and bulls are hoping that the company can play a significant role in pushing the clean energy space forward. Battery storage technology is one of the main bottlenecks for green energy power sources including solar panels and wind turbines, and increasingly efficient storage solutions could help pave the way for greater sustainable energy adoption. 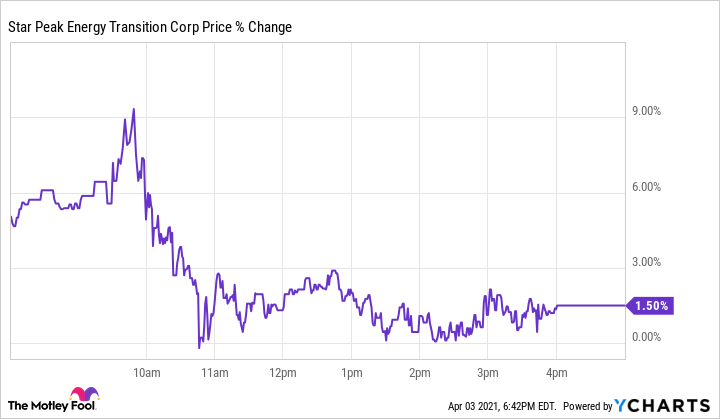 Star Peak's merger with Stem was previously expected to go through by the end of March, but the companies will now hold voting on April 27 to vote on the combination. It's very likely that the combination will be approved, at which point the merged company will operate under the Stem name and trade under ticker "STEM" on the New York Stock Exchange.