Please ensure Javascript is enabled for purposes of website accessibility
Log In Help Join The Motley Fool
Free Article Join Over 1 Million Premium Members And Get More In-Depth Stock Guidance and Research
By John Ballard - Apr 6, 2021 at 9:44AM

The virtual communication platform holds lots of promise, but early investors will have to be patient with this one.

It's only been a month since Roblox (RBLX -4.12%) came public through its direct listing. At the current quote of around $70 per share, the stock is still trading close to the level it opened for trading on March 10, so you might be up a few dollars on an initial $100 investment so far.

One thing that might be keeping the stock in check is a steep market capitalization of $39 billion. That looks enormous for a business that hasn't cracked the $1 billion revenue level yet.

Still, identifying great companies early on in their growth cycle can lead to life-changing investment returns. That's why it pays to research new IPO stocks -- especially a fast grower like Roblox.

Could Roblox deliver wealth-building gains for investors? It's possible. Let's see what's going on with this interactive platform. 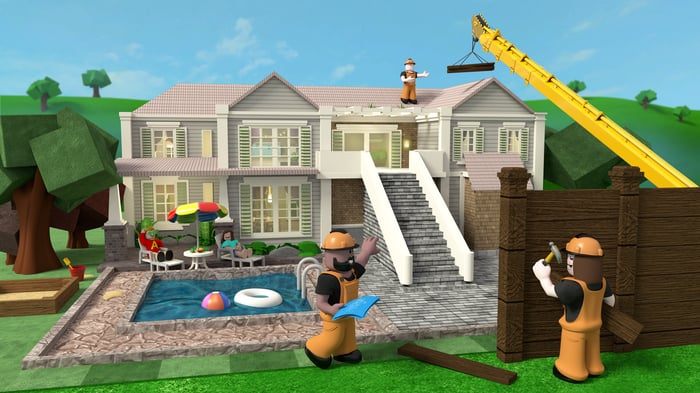 The exciting thing about Roblox is that it blends virtual experiences with traditional social media features, so it's a sort of hybrid social media/gaming platform. Moreover, it has potential opportunities to expand to other use cases, including business meetings and educational uses, to fuel growing adoption.

Roblox started in 2004 and takes inspiration from toys, entertainment, and games, in addition to social media. The company says that an average of 37 million active users currently use the platform every day. Daily active users have more than doubled since 2018, with growth surging to a rate of 85% in 2020 during the pandemic.

Roblox relies on a community of developers and creators numbering over 8 million to provide content for the platform, and it's more than just games. Other experiences that are gaining in popularity are educational and social, from remodeling virtual homes to experiences that simulate going to school, according to the company's S-1 registration filing.

Roblox makes money in a way that's similar to what video game companies do, which speaks to its potential to grow into a very lucrative platform. It uses a virtual currency called Robux to compensate developers and monetize its users. Robux can be used to purchase additional experiences while playing a game or buy cosmetic items for their avatar.

The main advantage Roblox has is its ability to create a range of free experiences to grow daily active users. Content on Roblox is free to access, which attracts a large audience. As the user base grows, more developers come to the platform, which fuels the growth in content -- and ultimately, revenue and profits.

Since 2018, revenue has nearly tripled to $923 million. While the company has reported net losses as it invests in bringing more developers and creators to the platform, it generated positive free cash flow of $411 million last year and has been free-cash-flow positive over each of the past three years. 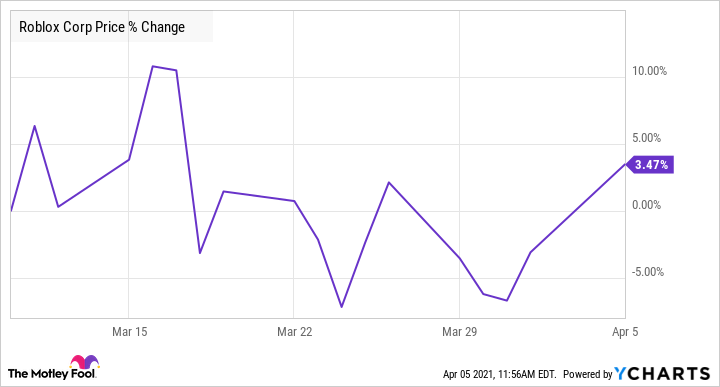 Roblox offers a lot of growth for investors, but remember that the stock price and business performance can follow separate tracks in the near term. Roblox should see continued growth in the near term, although not as much as the pandemic-driven surge. Investors will have to weigh an expected slowdown in momentum in 2021 with a stock that already sports a high valuation.

As mentioned above, Roblox has a current market capitalization of $39 billion, representing a price-to-bookings ratio of 18.5 based on guidance for 2021. That looks high, especially when management is calling for bookings to increase by just 6%-13% this year.

For the stock to move higher over the long term, Roblox will need to show lots of revenue growth, and ultimately free cash flow, but management doesn't expect the business to return to more robust rates of expansion until 2022. Because of this, the stock might be stuck in the near term until investors get more clarity on the long-term growth trend.

While growth will likely decelerate in the near term, Roblox has enormous potential to expand over the next decade. For example, management believes the platform can offer content that appeals to an older demographic, whereas right now it mainly appeals to kids.

I believe Roblox has the makings of a long-term winner, but given the high valuation on the stock, I would tread carefully in the short term and only consider a small position to start with.

Why Roblox Stock Could Be a Buy in the Coming Weeks