Please ensure Javascript is enabled for purposes of website accessibility
Log In Help Join The Motley Fool
Free Article Join Over 1 Million Premium Members And Get More In-Depth Stock Guidance and Research
By Zhiyuan Sun - Apr 10, 2021 at 5:00AM

Looking for outside-the-box investments in an overvalued market? Here are your best bets.

Despite a rather overvalued market, there are a surprising number of good companies in trouble trading at bargain valuations. Many are still up for grabs, as investors would rather pay a high price for companies that are steadily growing their cash flows than pay for ones having temporary problems with theirs.

People can, however, be just as profitable with their investments when they bet against a trend rather than go with it. Today, let's look at why brave investors can benefit from going long on shares of AMC Entertainment Holdings (AMC 2.02%), Bausch Health (BHC -3.62%), and Aurora Cannabis (ACB -8.05%). 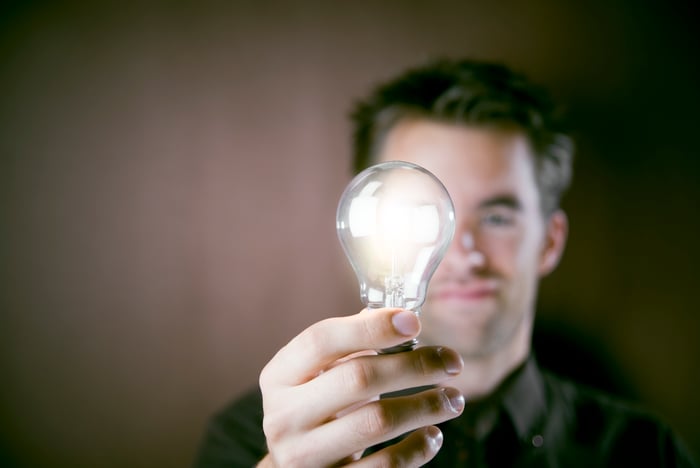 Theater chain AMC Entertainment Holdings has had a rough time after it had to cease operations for months because of COVID-19-related restrictions. Last year, its revenue decreased by 77.3% from 2019, to $1.24 billion, while its net loss increased by a stunning 4,440.3% over the same period to $4.59 billion.

At this point, investors are probably wondering why this isn't a stock to stay away from at all costs. The answer is that AMC has a market cap of just $4.3 billion. When theaters reopen to full capacity and AMC sees its sales and earnings return to pre-pandemic levels, its stock would be grossly undervalued.

With the rapid pace of vaccination programs, AMC has already reopened 99% of its theaters and is operating them between 25% and 100% capacity. What's more, the company recently raised $2.8 billion in cash while securing another $1 billion in debt concessions from theater landlords and creditors. That's good news, as it offsets much of its $5 billion in long-term debt.

The company also plans a sale of 500 million shares of stock, which would be enough to give it another year of liquidity at current stock prices and cash burn rate. While no shareholders want to see stock dilutions, AMC was a solid business before the pandemic and really needs the cash to push through. In 2019, it had as much as $5.47 billion in sales and $579 million in cash flow from operations. Hence, this is probably the top contrarian stock to buy now.

Trading at just 14 times free cash flow and 1.4 times revenue, Bausch Health is one of the cheapest healthcare stocks out there. However, one can easily see why this is, as it currently has a staggering $24.185 billion in long-term debt on its balance sheet. In comparison, the company generated only $8.027 billion in revenue and $3.294 billion in operating income less non-cash items (EBITDA) last year.

The company formed as a result of leveraged acquisitions of its contact lens subsidiary Bausch & Lomb, gastroenterology drugmaker Salix, and various dermatological and neurology firms. Healthcare platform companies were popular in the mid-2010s, as drug prices were soaring then. However, when they stopped increasing, firms like Bausch Health were left with substantial debt piles and declining revenue.

Bausch Health projects it will return to growth this year, with yearly revenue and EBITDA growth of 8.4% and 5.5%, respectively. Despite the odds, the company still paid back $900 million in debt last year with cash flow from operations. In addition, it recently announced the sale of subsidiary Amoun Pharmaceuticals for $740 million. Amoun is the largest manufacturer of generic drugs and animal health products in Egypt.

As long as the company continues to deleverage, it can simply refinance its debts when they come due and continue business as usual. Moreover, Bausch Health announced it would spin off Bausch & Lomb into a separately traded public entity by the end of this year. That should further separate the company's debt obligations. For all these reasons, Bausch Health is definitely one bargain healthcare stock to be on the lookout for.

Aurora Cannabis has been struggling for some time, after the company badly overforecast pot demand in Canada. It invested in state-of-the-art facilities to become the No. 1 Canadian cannabis producer by volume and saw massive losses when the market it anticipated never arrived. Last year, the company had to close down many of its growing operations, taking billions in losses.

The company's operations have stabilized somewhat. In the six months ended Dec. 31, Aurora's revenue increased by 5% year over year to CA$135.49 million. At the same time, its net loss narrowed to CA$89.374 million from CA$201.446 million during the same period last year.

That's not all: Aurora Cannabis has become the No. 1 supplier of medical marijuana. The company also has a robust international segment that is growing its sales by 84% year over year. In the U.S., Aurora's CBD brands rank No. 2 in the country by consumer popularity, with the first spot going to Charlotte's Web (CWBHF -12.27%).

Right now, Aurora Cannabis stock is trading at only 5 times revenue. It's a relatively reasonable price to pay, considering the company improved its sales by 22.73% in the most recent quarter. In addition, the company is doing well with its capital management, with about CA$565 million in cash and equivalents to offset CA$493.37 million in debt and convertibles. Overall, this is a marijuana company on the brink of a turnaround that you don't want to miss.