Here's what to watch when the quick-turn contract manufacturer reports Q1 earnings.

Proto Labs (PRLB 0.51%), a leading quick-turn contract manufacturer, is slated to report its first-quarter 2021 results before the market opens on Thursday, May 6.

The company, which offers traditional manufacturing and 3D printing services, looks poised to kick off the quarterly earnings season for the 3D printing space, as it usually does. 3D Systems plans to release its first-quarter results on Monday, May 10, while Stratasys, Desktop Metal, and other 3D printing players haven't yet announced their release dates.

Along with many companies that serve customers in the industrial sector, Proto Labs has been hurt by the pandemic. But it still managed to beat Wall Street's modest earnings expectations in all four quarters of 2020. 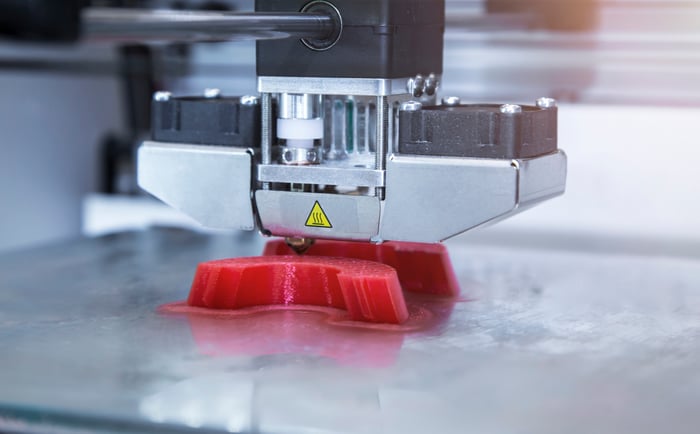 For Q1, management guided for revenue in the range of $108 million to $118 million. That total includes a projected contribution of about $5 million from 3D Hubs, which became part of Proto Labs on Jan. 25. 3D Hubs operates an online platform that provides customers with on-demand access to a global network of manufacturing partners.

Last quarter, adjusted net income was $13.5 million, which translated to EPS of $0.50, down 21% year over year. The earnings drop was driven by the revenue decline and an increase in research and development spending relative to the year-ago period.

Investors can probably expect that management will comment on 3D Hubs during the earnings call. More specifically, hopefully management will give an update on the integration process, share how much revenue 3D Hubs contributed to total first-quarter revenue, and share its effect on the company's overall profitability.

As I wrote in last quarter's earnings preview, "Proto Labs expects this acquisition to be accretive to its revenue growth rate but slightly dilutive to its adjusted EPS in 2021."

The stock market looks ahead. So its reaction to Proto Labs' earnings release will probably hinge more on the company's Q2 guidance than its Q1 results, relative to Wall Street's expectations.

For Q2, analysts are modeling for adjusted EPS to decline 14% year over year to $0.51 and revenue to jump 12% to $119.6 million. The quarter's year-over-year revenue result will benefit not only from a full quarter's contribution from 3D Hubs, but also from an easy comparable. In the second quarter of last year, revenue fell 8% year over year largely due to the fallout from the pandemic.