Please ensure Javascript is enabled for purposes of website accessibility
Log In Help Join The Motley Fool
Free Article Join Over 1 Million Premium Members And Get More In-Depth Stock Guidance and Research
By David Jagielski - Apr 14, 2021 at 6:55AM

The stock has been falling sharply in the past month.

Zomedica (ZOM -5.59%) has been one of the hottest stocks of 2021, soaring more than 340% this year and dwarfing the S&P 500 and its 10% gains in the process. At one point it was up more than 900%, but it has been losing steam of late. With such extreme volatility in less than four months, this is a stock that investors should be careful with and take a closer look at before making an investment decision.

Below, I'll look at what has been driving the stock's price this year and assess whether Zomedica is just another meme stock benefiting from a rise in internet fame, or if it is an investment that is actually suitable for your portfolio. 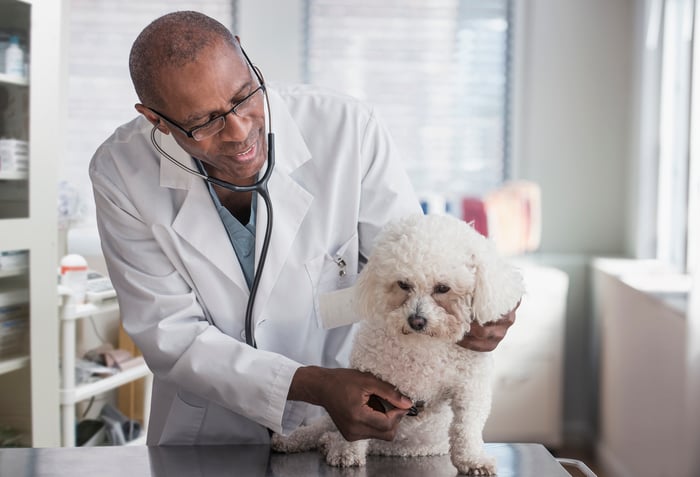 Why are investors so bullish on Zomedica?

Shares of Zomedica started picking up steam early in the year, when the company announced on Jan. 4 that it had a new CEO (Robert Cohen) and that its Truforma platform was close to launching. That day, more than 400,000 shares of the stock changed hands. Previously, it wasn't all that common for the stock's daily trading volumes to rise above 100,000.

The popularity would continue rising and reach a peak of just under 1.1 million shares on Jan. 11 -- even though there wasn't any groundbreaking news on the day to justify such a movement. That suggests there has been some speculation involved in the stock's impressive rally this year.

Truforma, which was launched mid-March, is Zomedica's only commercialized product thus far, and so there is still quite a bit of risk involved with the company. However, that sort of thing is common with meme stocks. Retail investors are often willing to bet on a company as long as there is potential for its shares to double or triple in value. And with a modest valuation of around $1 billion, there's plenty of room for that to happen to Zomedica -- if the company's product proves to be successful.

The big risk with Zomedica

Any time you invest in a business that doesn't have proven results, you are taking on considerable risk. On Feb. 26, the company released its year-end results for 2020 and noted that it recorded no revenue for the year and that it was still in its development stage. Although its net loss of $16.9 million was less than the $19.8 million loss it incurred in the previous year, the pressure is going to be on the company to start delivering sales numbers -- and soon.

Not only are sales crucial to get the business to profitability, but in Zomedica's case, they will also be important to prove that there is strong demand for Truforma. And that could be the case, as the company says the platform allows veterinarians to quickly obtain samples from patients to rapidly assess conditions such as hyperthyroidism and euthyroid sick syndrome.

But despite what the company or its salespeople may say about the product, it is going to come down to whether veterinarians see value in it, and the sure-fire way to determine that is through Zomedica's sales numbers. On March 16, Zomedica announced its first commercial sale of the Truforma platform. Although that's an important milestone for the business, it is now off to the races to see how many of the products it can sell.

There is certainly lots of potential for Zomedica if the product is a success, as pet ownership has been on the rise amid the pandemic. Spending on pets in 2020 totaled $103.6 billion, which was 8.3% higher than the prior-year tally of $95.7 billion. Typically, the industry averages a growth rate of between 3% and 4%.

Is Zomedica worth the risk?

It is one thing to invest in risky stocks that are incurring losses or struggling to grow their sales, but to buy stock of a company that has just started generating revenue takes it to another level. With plenty of other growth stocks out there to invest in that already have successful products, Zomedica might not be worth the risk.

You may miss out on some profits by waiting to buy the stock, but you will also minimize the potential that you'll incur significant losses if you invest and the product underperforms. And if Truforma proves to be a winner, there will still be plenty of time to invest in Zomedica.

In just the past month, Zomedica's stock has nosedived more than 55% (while the S&P 500 has increased 5%), as investors have been moving away from speculative investments. With no guarantee that the decline is over, investors are likely better off steering clear of Zomedica, at least until there are some sales numbers to assess.