Please ensure Javascript is enabled for purposes of website accessibility
Log In Help Join The Motley Fool
Free Article Join Over 1 Million Premium Members And Get More In-Depth Stock Guidance and Research
By Dan Caplinger - Updated Apr 14, 2021 at 10:36AM

The beginning of earnings season set off fireworks on Wall Street.

The stock market has shown a lot of optimism about the prospects for a strong 2021, and investors have looked forward to the beginning of first-quarter earnings season as their first gauge of how well a recovery is progressing.

Three big banks reported on how the first quarter went for them. Although their shares were mixed, the prospects they have for further growth were attractive enough to spur a broader bull market run that went well beyond the financial sector. Below, we'll look at how Goldman Sachs (GS 0.91%), JPMorgan Chase (JPM 0.14%), and Wells Fargo (WFC -0.42%) kicked things off. 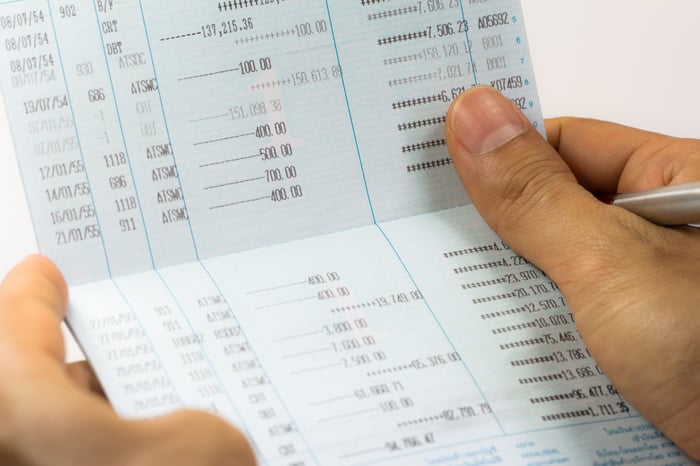 Shares of Goldman Sachs performed strongly, rising more than 3%. That had a big influence on the Dow, reflecting its weighting from its high share price.

Goldman's results for the first quarter were impressive. Revenue and diluted earnings per share reached record levels, and the bank had its best return on equity since 2009. Strength in investment banking was especially notable given Goldman's leading position in mergers and acquisition and in stock and stock-related offerings. Asset management, consumer and wealth management, and global markets divisions showed a company firing on all cylinders.

Goldman ascribed the gains to stimulus measures, vaccine rollouts, and rising confidence in a recovery. Looking ahead, investors have high hopes that the Wall Street investment banking giant will continue to make massive stock repurchases while moving forward with its plans to become a bigger player in consumer banking.

JPMorgan's first-quarter numbers looked solid. Average deposits rose 36% across the company, and investment banking revenue soared 65%. Assets under management in its wealth management segment jumped 28% to $2.8 trillion. The one sluggish metric came from lending, as average loans were up just 1% and were down significantly in the consumer banking area.

CEO Jamie Dimon was upbeat about the bank's future, pointing not just to current stimulus measures but also to the proposed infrastructure bill, quantitative easing from the Federal Reserve, and the prospects for post-pandemic surges in spending as catalysts for further growth. That should bode well for JPMorgan even with the stock down slightly Wednesday morning.

A big leap for Wells

Wells Fargo stock did best of the three big banks, rising 4%. The bank saw some of the same trends as its peers, but investors are more hopeful that a huge constraint might be lifted from Wells Fargo's shoulders in the months to come.

Wells Fargo saw total revenue inch higher by about 2% in the first quarter, but net income soared to $4.74 billion. A decrease of $1.6 billion in credit loss reserves helped bolster earnings somewhat, but the bank also saw strength in its core operations. Wealth and investment management was a particularly strong area for the bank, with assets up 28% to $2.1 trillion.

Wells Fargo did see some mixed performance in consumer and commercial banking, as average loans were down year over year. That's partly a consequence of the asset limitations that the Federal Reserve has put on the bank, but deposits were up sharply on the consumer side.

Investors are hopeful that Wells has done enough to get the Fed to lift its asset cap and let it get back to business as usual. If that were to happen, it would be a key milestone on Wells Fargo's pathway to return to normal after the banking scandals that shook it to its core years ago.