This investment bank is providing up to $6 billion for the breakaway European soccer league.

JPMorgan Chase (JPM -0.38%) confirmed it is the financial backer for the breakaway Super League. Its creation, condemned by fans, rival teams and leagues, and politicians, threatens to undermine all of European football, called soccer in the U.S.

But the lure of generating millions more in revenue each year, thanks to an estimated $6 billion in debt financing from the global investment bank, has lured 15 of the world's biggest, most successful teams to split from the Champions League. 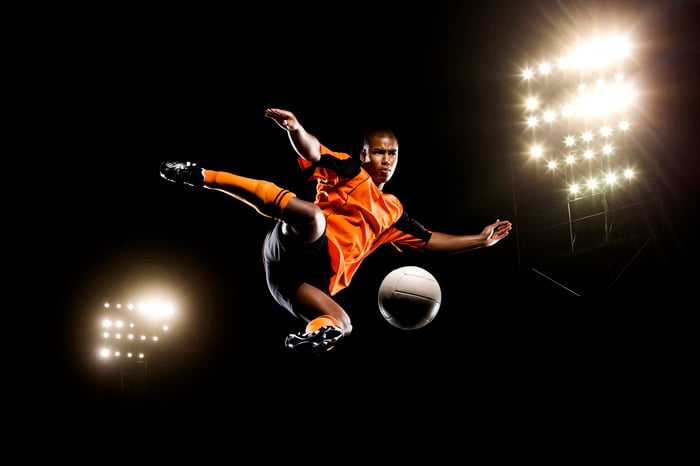 Teams from England, Italy, and Spain will form the new Super League, which is looking to feature 20 clubs in total when game play begins. They will be divided into two conferences of 10, with the top three from each advancing to quarterfinal play.

Some of the most recognizable elite teams in the sport, including Britain's Arsenal and Manchester United (MANU 0.55%), Italy's AC Milan, and Spain's Real Madrid, banded together in a bid to bring "together the world's greatest clubs and players to play each other throughout the season."

The split, though, has been roundly criticized, with many global sports federations such as FIFA, which sponsors the World Cup, saying they will ban Super League teams and players from participating in its events.

Ignoring the threats, the Super League says it will also form a women's league "as soon as practicable."