Chinese electric vehicle aficionados now have another new model to choose from.

A new electric vehicle (EV) will start cruising the streets before long. China-based XPeng Motors (XPEV -1.88%) announced Monday that it has started accepting pre-orders for the Xpeng P5, its third and most recent production model.

The P5 is described by its maker as a "family friendly sedan." It joins a product lineup consisting of the G3, a compact SUV, and the P7 "sports sedan." 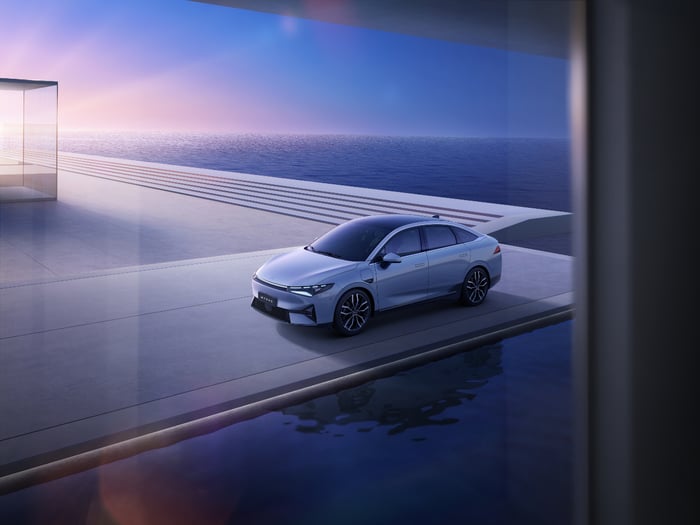 Not for the first time, Xpeng boasted that its new offering is the first EV on the market that will feature "automotive-grade lidar technology." Lidar, considered essential in advanced assisted-driving systems, stands for "light detection and ranging" and is a remote sensing technology used to "see" the terrain surrounding the vehicle. The Xpeng 5 has two lidar units, joining a hardware lineup that includes 12 ultrasonic sensors, five millimeter-wave radars, and 13 high-definition cameras.

"The P5 realizes our vision of navigation-assisted autonomous driving, aiming to liberate the driver's concentration and effort from the drudgery of manual driving," Xpeng quoted its CEO He Xiaopeng as saying.

"We seek to enable autonomous driving in all weathers and in the most challenging driving conditions," he added.

The company said it expects to begin deliveries of the P5 in the fourth quarter of calendar year 2021. It said that "early bird" customers reserving models will receive free charging and supercharging services.

So far, Xpeng has not released any statistics about pre-order take-up.

Investors seemed cautiously optimistic about the launch. On Monday, they bid Xpeng's stock up by 0.9% on a generally down day for the market that saw the S&P 500 index sink by 0.5%.