The world's most important semiconductor equipment maker is getting caught in the crossfire between the U.S. and China.

ASML (ASML -2.91%) is one of the world's most important semiconductor equipment makers. The Dutch company holds a near-monopoly in lithography machines, which are used to etch circuit patterns onto silicon wafers.

ASML's dominance of the lithography market makes it an attractive investment, but it's getting squeezed in the escalating tech war between the U.S. and China. Let's see how ASML is trying to stay neutral in this conflict, and why it probably can't maintain that stance for much longer. 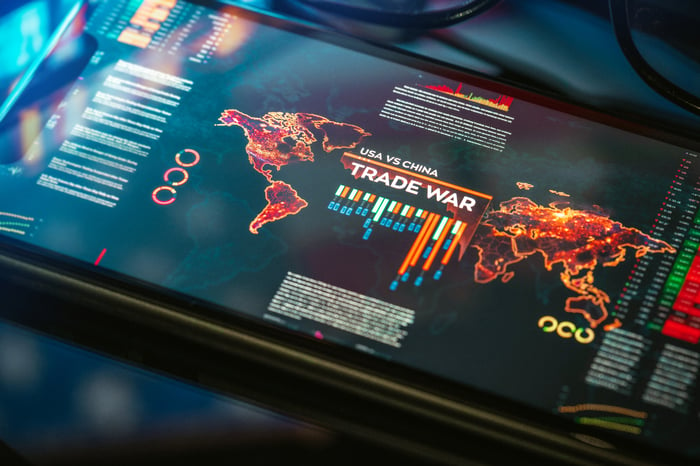 ASML's largest customer is TSMC, which is based in Taiwan and produces the world's smallest and most powerful chips for fabless clients like AMD, Apple, and Qualcomm.

TSMC's orders accounted for 31% of ASML's revenue in 2020, and it plans to boost its capex this year to keep pace with the surging global demand for new chips. A lot of that spending should flow to ASML.

The U.S. considers TSMC a major ally in its tech war against China. If it prevents TSMC from manufacturing its smallest (5nm to 7nm) chips for China's fabless chipmakers, U.S. chipmakers could remain ahead in the "process race" to create more advanced chips.

That's why the U.S. barred TSMC from manufacturing chips for Huawei last year, invited the company to open new plants in the U.S., and passed sanctions against SMIC (SMIC.Y), China's largest contract chipmaker.

SMIC remains roughly two chip generations behind TSMC, but China's government is aggressively investing in its growth to close that gap and reduce its dependence on foreign chipmakers. However, SMIC still needs ASML's newest lithography machines to accomplish that goal.

Trying to stay neutral on China 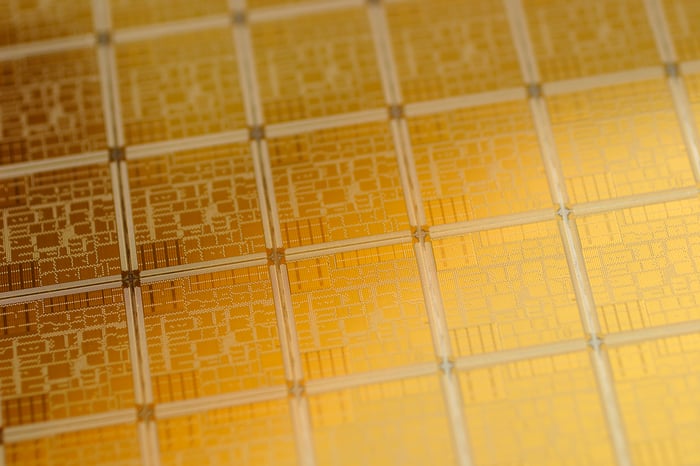 ASML sold more lithography machines to Chinese chipmakers like SMIC during the year, but those sales only included older machines instead of the latest EUV machines that are used to produce 5nm and 7nm chips.

ASML recently extended its current deal with SMIC, which initially spanned from 2018 to 2020, to the end of 2021. It's unclear if ASML will extend that deal again, but SMIC recently claimed it can now produce 7nm chips without using ASML's EUV machines.

ASML still wants to sell its highest-end EUV machines to Chinese chipmakers, but the Dutch government hasn't approved those exports yet. U.S. and European regulators are also reportedly trying to block those shipments. ASML CEO Peter Wennink has been critical of the export controls and suggested they are misguided efforts to reduce risks. He told Bloomberg they hurt employment and income opportunities for non-Chinese economies caught in the middle.

Wennink claims U.S. chip businesses could lose $80 billion to $100 billion in sales and 125,000 jobs by cutting off Chinese companies. He also warned that Chinese companies like SMIC would eventually catch up with their own domestic chipmaking technologies.

ASML will need to pick a side

The tech war between the U.S. and China could continue for the foreseeable future, so ASML's attempts to stay neutral will likely fail.

China expects to be cut off from ASML's newest EUV machines and TSMC's most advanced plants, so it will continue to invest in its state-backed chipmakers. The U.S. will likely respond to those increased investments with even more blacklists and tighter sanctions against Chinese chipmakers.

That cycle will exacerbate the tech war, throttle the growth of ASML's Chinese business, and increase its dependence on Taiwan, South Korea, and other big chipmaking markets. ASML's business can easily survive that shift, but it should pick a side as the U.S. and China decouple their technologies and draw battle lines across the global semiconductor market.

How the Next Semiconductor Crisis Could Be Different From 2009

Is ASML Holding Stock a Buy Even If It Halts Sales to China?