The ruling makes it probable that the initiative will be scotched by the state.

It seems Florida won't be part of the recent recreational-marijuana legalization wave anytime soon. On Thursday, the state's Supreme Court, asked for advice on the matter by Attorney General Ashley Moody, judged that a proposal to put such legalization on the ballot for Election Day 2022 is "misleading." This likely means that the initiative, spearheaded by a group called Make it Legal Florida, will not be allowed on the ballot.

The proposal put forth by the group had garnered over 556,000 signatures of support out of the 891,589 needed for ballot inclusion. It aimed to legalize recreational marijuana, allowing Floridians over 21 years of age to hold and use up to 2.5 ounces of cannabis.

The organization has not yet officially commented on the ruling. 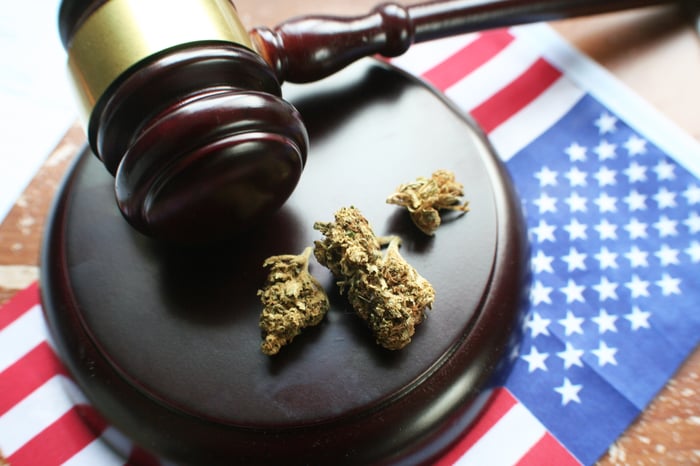 He added that the proposal's language didn't sufficiently explain to Floridians, who he apparently believes are ignorant of federal law, that voting in favor of it would only make recreational consumption legal in the state, rather than the entire country. If the state ultimately decides to toss the proposal, an entirely new one would have to be drafted and garner enough support for ballot inclusion.

The decision is disappointing for Florida's marijuana industry, which includes the state's leader Trulieve Cannabis (TCNNF 6.22%). While Trulieve and some of its peers do well selling medical marijuana to qualified state residents, full legalization would present a massive and unprecedented opportunity to grow their business explosively.

Despite that, Trulieve's stock actually rose on Thursday, inching up by 0.8% against the 0.9% slide of the S&P 500 index.