The red-hot ETF manager has added more than 300,000 shares so far this week, even in the face of negative headlines.

Peloton Interactive (PTON 13.60%) has been on Wall Street's radar in a big way, with 24 of 27 analysts who cover the stock rating it a buy or strong buy. Star money manager Cathie Wood, the founder and CEO of ARK Investment Management, has been buying up the stock hand over fist, adding another 313,000 shares this week alone.

The ARK Next Generation Internet (ARKW 3.94%) exchange-traded fund (ETF) continues to build a large position in the interactive fitness products company. Including the shares purchased through Thursday, the fund has amassed more than 1.4 million shares, with a market value in excess of $142 million. That represents more than 2% of the ETF's $6.9 billion in funds under management. 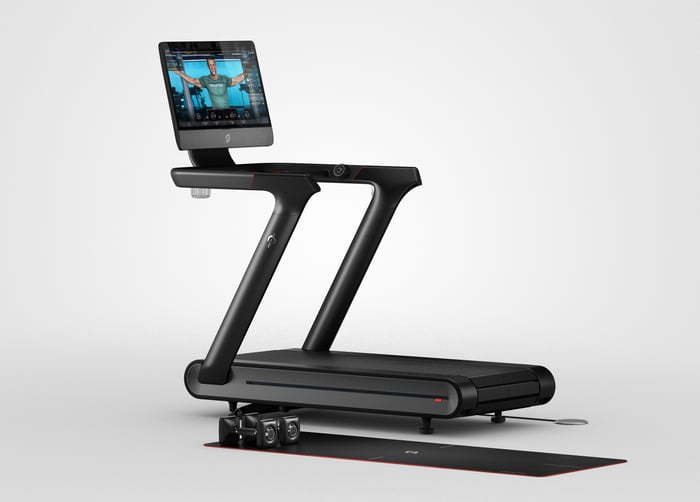 This represents a big vote of confidence by Wood. Peloton has been under fire this week in the wake of a warning by the Consumer Product Safety Commission (CPSC) to stop using the company's $4,300 Tread+ fitness machine in the presence of pets and small children.

The CPSC issue the "urgent warning" last weekend after it identified dozens of incidents of children being pulled under the moving treadmill, resulting in one fatality.

The government agency asked Peloton to voluntarily recall the device, which it says poses serious risks. This follows reports of children becoming "entrapped, pinned, and pulled under the rear roller of the product." The company has thus far declined the move, saying the product is safe when used as directed, with the safety key removed and stored out of reach of children.

Peloton was one of the undisputed beneficiaries of the stay-at-home orders that accompanied the pandemic, as consumers sought ways to stay fit while under lockdown. As the premier provider of consumer fitness devices, Peloton saw its stock soar 434% last year.

The ongoing public dispute with the federal agency threatens to tarnish Peloton's image and could negatively impact the debut of its less expensive treadmill, scheduled to be released in the U.S. later this year.