Please ensure Javascript is enabled for purposes of website accessibility
Log In Help Join The Motley Fool
Free Article Join Over 1 Million Premium Members And Get More In-Depth Stock Guidance and Research
By John Ballard - Apr 26, 2021 at 8:10AM

Users spent 30 billion hours on the platform last year, and there are even more opportunities for growth.

Roblox (RBLX -5.10%) has emerged as a popular online platform for kids to connect with friends and play games. Growth was explosive during the pandemic -- it ended 2020 with 32.6 million daily active users who spent an average of 2.6 hours per day on the platform.

While growth is expected to cool off after such a strong year, there are three reasons to expect Roblox can deliver market-smashing returns over the long term. 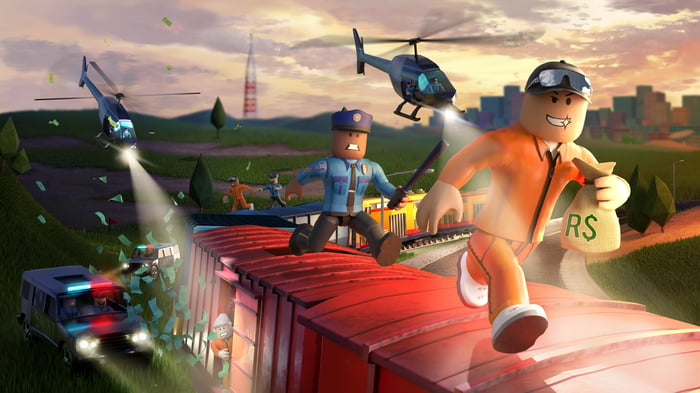 1. Roblox is building a moat

The company is already showing signs of benefiting from network effects, a common competitive advantage among social-media platforms. What it means is that a platform's value is dependent on how many people use it. The more people join, the more appealing it is for others to sign up too.

In its S-1 registration filing, Roblox attributes its growth to the increasing number of social connections being made on the platform. The company expects daily active users to reach between 37.6 million to 39.6 million in the first quarter, representing a year-over-year growth rate of 59% to 68%, although growth is expected to significantly slow down for the full year following a sharp acceleration in engagement during the pandemic.

A telling sign of Roblox's staying power is that there are eight million developers on the platform making content. These developers created more than 20 million experiences, and all of that content is driving high engagement. In 2020, users spent 30 billion hours on Roblox, more than double the previous year.

Another factor that will lead to further growth is the fact Roblox is free to join. It generates revenue when users purchase virtual currency that can be spent on additional content. This drove $923 million in revenue last year, nearly doubling the prior-year total.

Currently, Roblox appeals mainly to kids, but the company has a big opportunity if it can bring in older users. Most users are under the age of 12 with only 15% above the age of 25. Roblox is already seeing progress to widen its reach. Last year, daily active users between the age of 17 to 24 grew faster than those under 13.

To appeal to older age groups, the company is making investments in higher-fidelity avatars, more realistic experiences, 3D spatial audio technology, and other features. This could make Roblox a more dynamic platform for business uses and educational experiences. As the installed base of users expands, Roblox could also see more partnerships with top consumer brands for marketing new products, thereby opening up other ways for the company to make money.

Roblox is just scratching the surface of its potential. Consider that the average person who plays video games is between 35 and 44 years old, according to the Entertainment Association of America, much older than the average user on Roblox. Sony's PlayStation network has over 100 million monthly active users, and some of the top video game producers have many times that number.

There's a big market out there for Roblox to pursue. But it might take time for the company to advance its technology to provide more sophisticated experiences that would appeal to older age groups. This is where the company's cash resources will come in handy.

3. The business model is working

Roblox has been free-cash-flow positive each year since 2018, and that's despite investments in infrastructure and prioritizing compensation for developers and creators. It spent $328 million in developer exchange fees last year, or roughly a third of total revenue. Roblox still managed to generate $411 million in free cash flow and expects to generate more than $300 million in cash from operations in 2021. This shows the business can invest in the future without burning a hole in its pocket.

If the company has success in expanding to other use cases, that would be a big bonus for investors, because Roblox should do fine sticking to games and educational experiences. There are more than two billion people around the world who play games. That's a huge opportunity, which is enough reason this growth stock could deliver wealth-building returns.

Here's Why Roblox Stock Was Up Almost 10% in June

2 Robinhood Stocks That Millionaires Are Buying

Why Roblox Stock Jumped 28% This Week