According to the company, this should generate 20,000 new jobs across the country.

Never a company to set modest goals, Apple (AAPL 1.62%) announced Monday that it intends to invest $430 billion over the next half-decade in its U.S. product development and manufacturing efforts.

Couching the move in the language of patriotic job creation, the company said this would add 20,000 souls to its workforce in locations across the country. The monies will be directed to activities such as 5G technology and chipmaking. 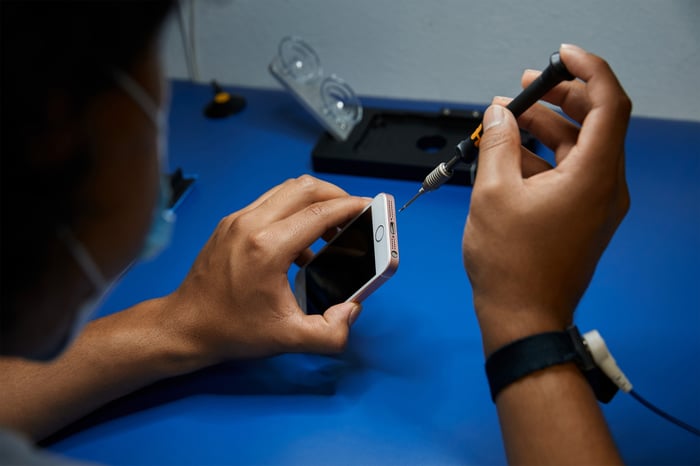 "At this moment of recovery and rebuilding, Apple is doubling down on our commitment to US innovation and manufacturing with a generational investment reaching communities across all 50 states," the tech giant's CEO Tim Cook was quoted as saying in the press release trumpeting the initiative.

"We're creating jobs in cutting-edge fields -- from 5G to silicon engineering to artificial intelligence -- investing in the next generation of innovative new businesses, and in all our work, building toward a greener and more equitable future," he added.

Apple mentioned specifically that over $1 billion of that spend will go toward the construction of a new company building and engineering hub in North Carolina's Research Triangle, located near several of the state's top universities. The company said that the investment will generate a minimum of 3,000 new jobs in various cutting-edge tech fields and produce more than $1.5 billion in economic benefits to the state.

Other states singled out by Apple include Colorado, which should have 700 Apple employees by 2026, Massachusetts, Texas (where a company campus is currently under construction), and Iowa, future home of a new company data center.

Apple didn't hesitate to point out that its recent U.S. investments "have significantly outpaced" the five-year target it set in 2018 of $350 billion.