Speculation continues to swirl around a potential partnership with Apple.

Hopes that Lucid would partner with Apple have persisted for a couple of months, due in part to the fact that longtime Apple designer Jony Ive sits on Churchill Capital's operating team. Additionally, Apple has been searching for a manufacturing partner as part of its efforts to enter the auto industry with its oft-rumored Apple Car. Apple has been developing autonomous driving software for several years, while Lucid's advanced driver-assistance system (ADAS), known as DreamDrive, will be capable only of Level 2 functionality initially. 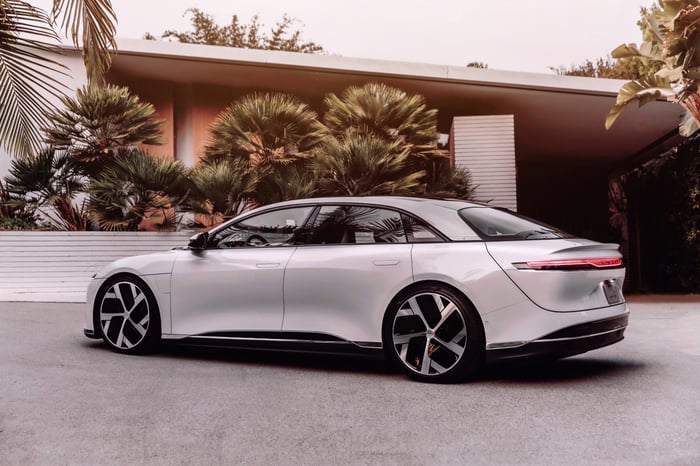 The renewed speculation comes following an interview with The Guardian on April 3 in which CEO Peter Rawlinson declined to comment on whether Lucid had been approached by Apple. Investors have noted that the New York Stock Exchange requires that rumors be outright denied if they are false or inaccurate, so some investors are interpreting the lack of a denial as potential evidence of a partnership.

It's also worth noting that short-sellers have been pushing down Churchill Capital IV stock over the past month, with data from S3 Partners showing a massive increase in short interest. That increases the possibility of a short squeeze, in which shorts scramble to cover the bearish bets by buying shares.