Please ensure Javascript is enabled for purposes of website accessibility
Log In Help Join The Motley Fool
Free Article Join Over 1 Million Premium Members And Get More In-Depth Stock Guidance and Research
By Brett Schafer - Apr 27, 2021 at 6:29AM

This company has a long-term vision and is trading at a market cap below $1 billion.

Berkshire Hathaway is one of the most well-known investing stories of the last 50 years. Through the great leadership of Warren Buffett and Charlie Munger, a portfolio of cash-generating businesses, and a long-term time horizon, Berkshire Hathaway has returned over 2,000,000% to shareholders since 1964, an astounding record that has trounced the market over the same period.

One company that is trying to emulate the Berkshire model is Boston Omaha (BOC -1.99%). Born out of a real estate company in 2015, this conglomerate is managed by Adam Peterson and Alex Rozek and has the wide-arching goal "to grow intrinsic value per share at an attractive rate, while seeking to maintain a strong financial position."

With the stock down to less than $28 a share, Boston Omaha is now off more than 40% off the highs it made in February (possibly due to its recent common stock offering, which was priced at $25 a share). Here's why now may be the time to buy a stake in this baby conglomerate. 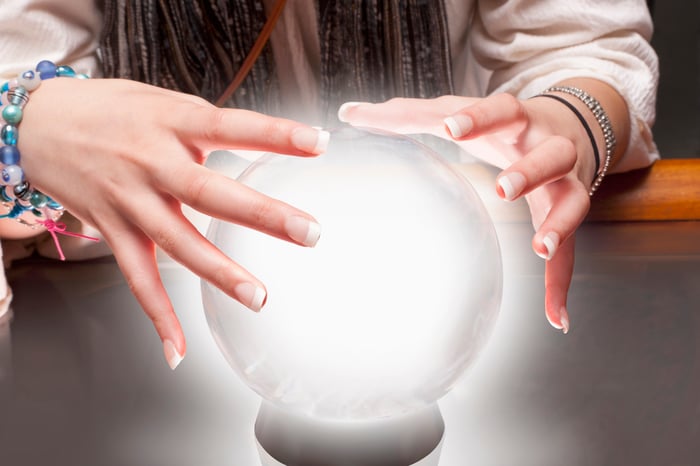 The largest part of Boston Omaha is its collection of operating businesses, and the largest part of this segment is billboards. Over the past five years, the company has spent over $100 million acquiring different billboard assets in the United States, including both print and digital advertising. Last year, billboard rentals generated $28.3 million in revenue for Boston Omaha, even with fewer people on the roads due to the COVID-19 pandemic.

Boston Omaha also owns General Indemnity Group, a surety insurance group that serves all 50 states in the U.S. In 2020, this unit generated $11.7 million in premiums. As with all insurance entities, some of these premiums will eventually be paid out as claims, but for the time being this $11.7 million in "float" is on Boston Omaha's balance sheet and can be invested into other assets. This delayed payment mechanism that comes with insurance is one of the key reasons why Berkshire Hathaway has been so successful throughout the decades.

Lastly, Boston Omaha has a burgeoning fiber-optics business through its two acquisitions of Airebeam and Utah Broadband. Both acquisitions were completed in 2020, so it is still a relatively new business line for Boston Omaha, but it already generated $3.8 million in revenue in 2020.

As a whole, Boston Omaha's operating businesses generated $45.7 million in revenue last year vs. only $9 million back in 2017. At least for the time being, it looks like any cash generated by these businesses will be reinvested or used to acquire stakes in other companies. Investors should look at revenue and operating income growth over the long-term as indicators that these businesses are doing well under Boston Omaha.

Besides acquiring businesses, Peterson and Rozek like to take minority stakes in businesses (they also hold a $64 million portfolio of public securities). These minority holdings include a 15% stake in subprime auto lender CB&T Holding Corporation, as well as many stakes in small real estate companies. However, its most promising minority stake is the 4.8 million shares it owns in Dream Finders Homes, a publicly traded homebuilder. As of this writing, Boston Omaha's stake is worth over $100 million, which is substantially higher than the $22 million it invested in the company back in 2017 and 2019. While just one example, the phenomenal returns Boston Omaha has gotten from its Dream Finders Homes purchase show the stellar investing acumen of CEOs Peterson and Rozek.

Boston Omaha also sponsors a special purpose acquisition corporation (SPAC) called the Yellowstone Acquisition Corporation. It owns 20% of the SPAC, and as the sponsor, it also owns warrants that will be converted into shares if and when an acquisition is completed. It is hard to judge the value of Boston Omaha's SPAC shares, but it is a great opportunity for the company to acquire a stake in another business. According to its filing document, the Yellowstone SPAC is targeting any business that is not in an industry Boston Omaha already operates in (so no billboards, surety insurance, or broadband/fiber companies).

At Monday's close, Boston Omaha has a market cap of $807 million. That seems large relative to its consolidated revenue of $45.7 million. However, if you back out its stake in Dream Finders Homes, the Yellowstone SPAC, its marketable securities, and cash balance, its enterprise value comes down to approximately $520 million. This is a bit rich for operating businesses that only generated $45.7 million in sales last year, but you have to remember Boston Omaha has many minority stakes, including the 15% ownership of CB&T Holding Corporation, that are currently carried at cost on its balance sheet.

If you trust management and think they can generate a high rate of return on their investments, as they have with Dream Finders Homes, paying a bit of a premium for Boston Omaha stock could be the right choice if you plan to hold onto your shares for a decade or longer, and could reverse any of the recent pain shareholders have faced.