Please ensure Javascript is enabled for purposes of website accessibility
Log In Help Join The Motley Fool
Free Article Join Over 1 Million Premium Members And Get More In-Depth Stock Guidance and Research
By Bram Berkowitz - Apr 27, 2021 at 11:19AM

The tiny California bank recently announced that it will soon be acquired, and for a nice premium.

Shares of First Choice Bancorp (FCBP) traded nearly 27% higher as of 11:10 a.m. EDT today after the bank announced that it will be acquired.

Banks getting acquired tend to see a nice premium, which is exactly what happened here. Enterprise plans to purchase First Choice in an all-stock deal valued at $398 million, or the equivalent of $33.40 per First Choice share. 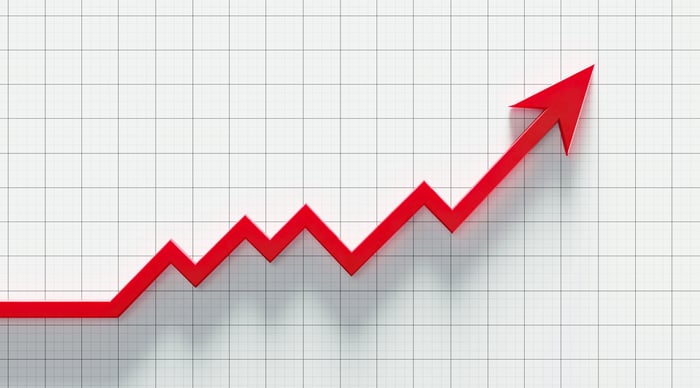 That values First Choice at 189% of its tangible book value (equity minus intangible assets and goodwill), which is a nice premium. The deal also represents a whopping 37% premium over First Choice's closing stock price yesterday.

First Choice shareholders probably want to hold their stock at least a little longer, seeing as the stock is only up 27% and Enterprise paid a 37% premium over yesterday's close.

While sellers typically get a nice premium, buyers in bank deals often get dinged up. The acquisition of First Choice and the high premium for the bank will dilute Enterprise's tangible equity by 2.65% upon the closing of the deal.

Investors don't like that and sent Enterprise's stock, which First Choice is now tied to, down more than 6% as of 11:10 a.m.