Please ensure Javascript is enabled for purposes of website accessibility
Log In Help Join The Motley Fool
Free Article Join Over 1 Million Premium Members And Get More In-Depth Stock Guidance and Research
By Ryan Downie - May 2, 2021 at 8:27AM

These stories told investors a ton about the stock market, but didn't get enough coverage.

Worried that you missed some game-changing stock market information last month? We've got you covered with some big stories that might not have received the attention they deserved. Read on to learn about the forces shaping the market in the short term so that you can confidently build a portfolio for long-term growth.

Reading between the lines, we can see softening language and specific references to the level of inflation that could trigger future policy changes. The Fed previously vowed to keep rates low until 2024, but we seem far from that timeline as the economy springs back to life. The Fed is still prioritizing unemployment, but Powell indicated that monetary stimulus would be reduced after inflation consistently exceeded 2% for several periods.

With signs of inflation starting to manifest, this interview validated speculation that rates will rise ahead of schedule. This would put downward pressure on stock prices, especially for growth stocks with high valuations. 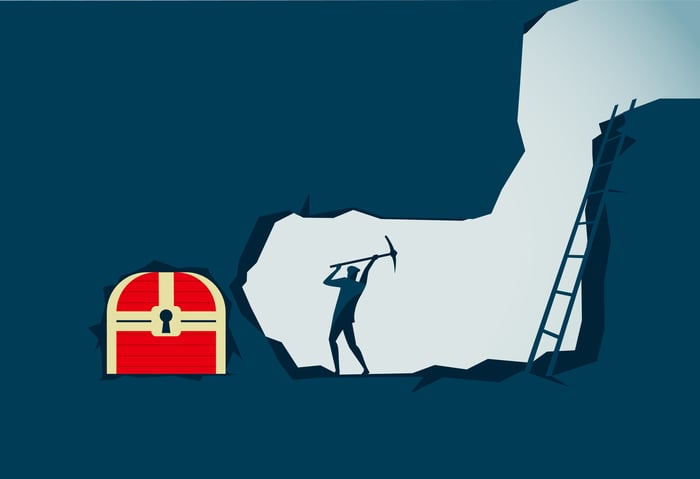 Economists are skeptical about the Fed's timeline, too. A recent survey by Bloomberg revealed that economists expect the Fed to taper its bond purchasing activity in the fourth quarter of this year. This is noteworthy given bond market activity over the past two months. Great economic data and corporate results are telling a lot of smart people that the central bank's publicly disclosed timeline isn't realistic. Don't be one of the investors who is caught off guard if the situation changes too quickly. Set your portfolio up to succeed regardless of the Fed's timing.

First-quarter retail sales increased 14% from year, and March 2021 sales rose nearly 10% from February. Restaurants and bars were an especially bright spot in the data. We shouldn't read too much into that annual growth figure because March 2020 was deeply disrupted by the pandemic, and gasoline prices are substantially higher this year, but this is still important information.

April also saw some encouraging news for industries that have been suffering. American Airlines (AAL -4.11%) is ramping up domestic capacity this summer and planning to operate at 90% of its summer 2019 volume. That's a very bullish sign for travel and hospitality stocks.

Financials are also turning around. The five largest US banks helped kick off earnings season on a good note. They all exceeded estimates, and some completely smashed forecasts. Investment and corporate banking activity were bright spots, so these bellwethers are painting a reassuring picture of economic activity.

The Purchasing Managers Index (PMI) is a popular metric for measuring economic activity. Manufacturing PMI for the US reached its highest level since the 1980s, and the newer Services PMI metric hit an all-time high. Surging demand is common across all the largest sectors tracked, and constrained supply is failing to meet that demand. That combination of market forces drives prices higher at every link of the supply chain. It's a clear indicator of consumer price inflation down the road.

5. Whirlpool told us a lot about the state of the economy and consumers

Whirlpool (WHR -1.89%) CEO Marc Bitzer's public statements after the company reported earnings in April told us a lot about where the economy stands. First, the stimulus helped catalyze big-ticket durable goods purchases, which was one of its intended purposes. The appliance manufacturer also absorbed double-digit price increases for raw material and transportation, and it was able to pass them on to the consumer. That's textbook inflation.

A common thread runs through all these stories. We can conclude that the recovery is real and accelerating. It also seems fiscal stimulus has served its intended purpose. Those trends are likely to lead to higher employment and inflation. This is good news for retail stock shareholders and investors playing the reopening trade. It might not end so well for tech-heavy growth investors if the Fed adjusts its timeline. Keep these dynamics in mind as you manage your long-term investment portfolio through the next few months.