Please ensure Javascript is enabled for purposes of website accessibility
Log In Help Join The Motley Fool
Free Article Join Over 1 Million Premium Members And Get More In-Depth Stock Guidance and Research
By Evan Niu, CFA - May 6, 2021 at 9:00AM

The nascent EV maker has been busy strengthening its leadership team.

Ahead of its merger with special-purpose acquisition company (SPAC) Churchill Capital IV (CCIV), Lucid Motors announced on Wednesday that it had tapped a new CFO to help take the nascent electric vehicle (EV) maker public. Lucid continues to beef up its senior management team, and also added a handful of other executives in leadership positions yesterday.

Here's what Churchill Capital IV investors need to know about the new hires. 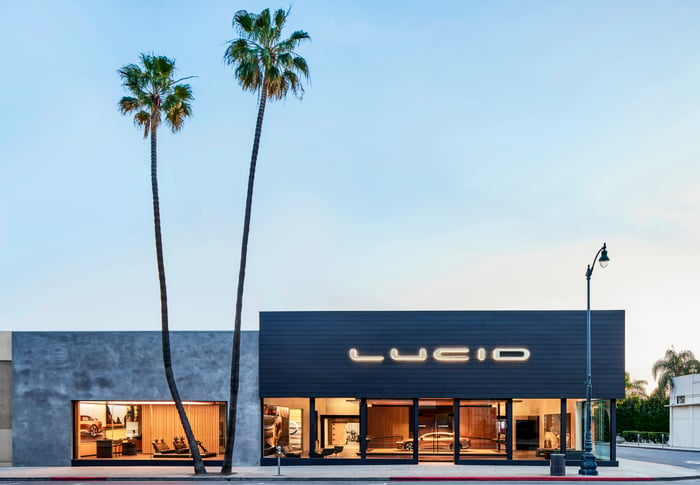 Lucid has poached Sherry House from Alphabet's (GOOG -2.27%) (GOOGL -2.46%) self-driving unit, Waymo, where she most recently served as treasurer and head of investor relations. House had been with Waymo since 2017. She led funding initiatives and handled investor communications, as well as corporate development. The executive also has extensive experience in other corporate finance and investment banking.

While Alphabet is typically the primary investor in the subsidiaries within its "other bets" segment, Waymo had tapped external investors for the first time in a $2.25 billion investment round in early 2020, which was subsequently extended to $3.2 billion after additional institutional heavyweights such as T. Rowe Price and Fidelity, among others, wanted to buy in.

"The autonomous industry is a vital industry, which when realized at scale, will save lives, save time, provide superior user experiences and improve access to mobility," House wrote in a LinkedIn post announcing her departure from Waymo earlier this week.

Lucid CEO Peter Rawlinson noted that House has a unique combination of both finance and technical experience that makes her a strong fit to take Lucid public as it prepares to launch its Air sedan in the back half of the year. Up until now, Lucid's finance operations have been led by Michael Smuts, who spent decades in Ford's finance division.

The company also said it added additional executives to the ranks, including Margaret Burgraff to lead software validation, Sanjay Chandra to oversee IT, and Jeff Curry to run marketing and communications.

The news comes shortly after Lucid in March had recruited three other executives for leadership roles, including Apple veteran and former Rivian CTO Michael Bell to spearhead Lucid's digital strategy. Bell had played a critical role in helping Apple develop many of its most iconic products, including the iPhone. Rivian is another hot EV start-up that public investors are clamoring to invest in.

In no uncertain terms, Lucid is building a world-class leadership team as it drives toward the public markets. The merger with Churchill Capital IV is expected to close in the second quarter, which will give Lucid $4.4 billion in fresh capital.

Considering how capital intensive the automotive industry is, combined with hefty expenses associated with developing semiautonomous and autonomous driving software, Lucid will inevitably need to raise additional capital further down the road. Now the company has a finance chief with considerable experience doing just that.