Please ensure Javascript is enabled for purposes of website accessibility
Log In Help Join The Motley Fool
Free Article Join Over 1 Million Premium Members And Get More In-Depth Stock Guidance and Research
By Reuben Gregg Brewer - May 6, 2021 at 1:59PM

The pool supply specialist had a decent quarter, and yet the stock didn't go up.

Shares of Leslie's (LESL 2.63%), a purveyor of pool supplies to retail and professional customers, fell as much as 15% in early trading on Thursday. Although the stock had regained some lost ground by 1 p.m. EDT today, it was still off by roughly 10%. The company's post-close earnings release yesterday was likely behind the dour mood.

The interesting thing here is that Leslie's appears to have had a solid quarter. Fiscal second-quarter 2021 sales hit a record at $192.4 million, up 52% from the same period in 2020. Adjusted EBITDA came in at $9.5 million, a huge improvement over the negative $8.1 million seen in the year-earlier period. The adjusted quarterly loss was $0.01 per share compared to a loss of $0.18 in the same period of the previous year. The penny per share of red ink, meanwhile, was much better than the $0.09 loss analysts had been expecting. 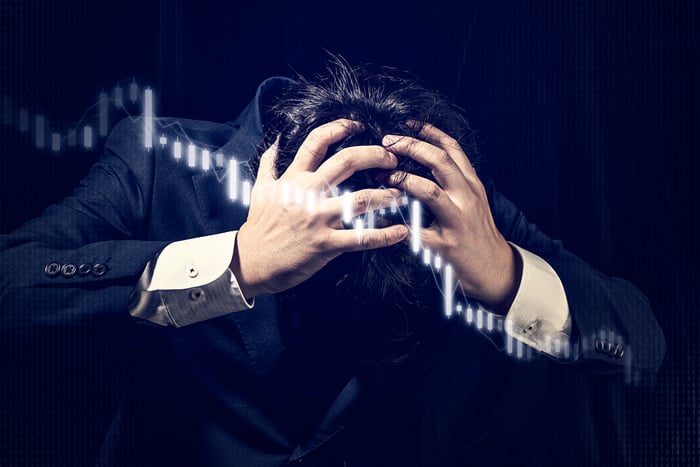 So far, it seems as though the stock should have risen. Adding to that notion is the fact that Leslie's upped its full-year guidance. But during the quarterly earnings call, an analyst noted that the updated guidance seemed a little "conservative." This suggests that investors had been expecting an even better showing from the company than what had been achieved.

This isn't uncommon, often being referred to as a "whisper number." So despite doing better year over year and beating the official Wall Street consensus, Leslie's may still have let investors down. Thus, the stock fell despite what would appear to have been good news.

Rising commodity prices, notably for chlorine, probably didn't help the mood, either, but given the improved year-over-year results, it doesn't seem that this fact alone would have been sufficient to lead to the drop.

Investor sentiment can be fickle and hard to track, which is why most long-term investors should probably be thinking about the big picture here. One or two quarters, or even a year, won't dictate the company's true success. In fact, Leslie's made sure to point out that it was seeing an increasing number of new customers, which bodes well for the future even if investors were disappointed with the quarter. Thinking beyond a single quarter, it's worth noting that the company received a number of price target upgrades today.

Why Leslie's Stock Plunged on Monday