Please ensure Javascript is enabled for purposes of website accessibility
Log In Help Join The Motley Fool
Free Article Join Over 1 Million Premium Members And Get More In-Depth Stock Guidance and Research
By Dan Caplinger – May 7, 2021 at 8:08PM

It's been an amazing run, but it will end at some point. Be ready.

The stock market continued to move higher Friday, with the Dow Jones Industrial Average (^DJI) and S&P 500 (^GSPC -2.11%) rising to record closes. The move came largely due to downbeat news on the economic front, as the latest employment report showed a smaller number of new jobs created than most had expected. That might seem like bad news, but it gave investors more comfort that inflation won't become a problem and cause the Federal Reserve to tighten its monetary policy sooner rather than later.

Lately, it's been hard to find assets that haven't done well. These "can't lose" markets do occur from time to time, and as long as they're here, they'll be quite enjoyable for investors. However, they don't last forever, and so you shouldn't get too used to the idea of everything going up. Below, you'll find some more information on what to expect. 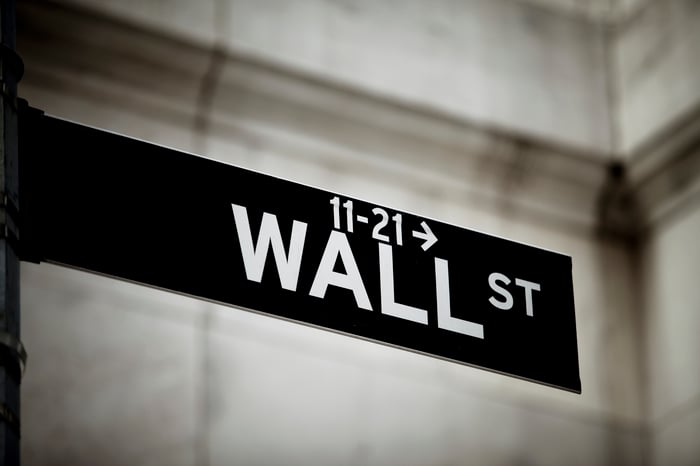 How the market fared Friday

Stock markets were solidly higher, closing the week on a positive note. Only the Nasdaq Composite (^IXIC) failed to reach a new record, and it had the strongest percentage rise of the three major markets.

When you look at the stock market over the past year, it's truly amazing how well just about every corner of Wall Street has done. All 11 sectors of the stock market are up at least 20% over the past year, with financials leading the way with a 77% gain. Materials and industrials aren't far behind with rises of 75% and 73%, respectively. Even utilities are up 21% over the past 12 months, and fellow laggards like consumer staples and healthcare have risen about 25% each.

Stocks of different sizes are all up as well. Stocks tracked by the S&P Midcap 400 Index are up 74% over the past year. A popular ETF tracking the Russell 2000 small-cap index has climbed close to 80% over the past 12 months. From a style perspective, growth ETFs and value ETFs have had almost identical performance since May 2020.

Even beyond the stock realm, it's hard to find assets that are losing value. Consider:

Just about the only thing not doing well is cash. Interest rates remain at rock-bottom levels, causing cash holders to lose purchasing power even at relatively modest inflation rates.

Many investors have seen this situation before. In the late 1990s, stock prices seemed like they had no upper bound -- until the bear market of 2000 to 2002 proved that they did. Housing prices soared ever higher in the boom of the early and mid-2000s until housing proved just about everyone wrong and came plunging down to earth.

High asset prices don't mean you should sell out of all of your investments. However, being prudent involves striking a balance between taking full advantage of favorable conditions and ensuring you have a safety net.

Perhaps most importantly, owning high-quality investments is crucial to prepare for the inevitable reversal. When everything is rising, it's easy to get lulled into a false sense of security. Only when sentiment shifts does it become obvious that not all investments have the same fundamental strength underlying them.

There's no way to know how long the current bull market can last. What's certain, though, is that some markets are going to start falling in value at some point. Smart investors need to be ready now and know what they'll do when that happens.