Please ensure Javascript is enabled for purposes of website accessibility
Log In Help Join The Motley Fool
Free Article Join Over 1 Million Premium Members And Get More In-Depth Stock Guidance and Research
By Jason Hawthorne - May 7, 2021 at 3:11PM

An agreement with an activist investor capped a busy month.

Shares of Alkermes (ALKS 2.67%) climbed 17.8% in April, according to S&P Global Market Intelligence. Several positive developments boosted the maker of drugs for schizophrenia, as well as alcohol and opioid dependence. Alkermes announced a partnership to fight ovarian cancer, reported earnings that beat Wall Street estimates, and reached an agreement with an activist hedge fund that had been agitating for changes. 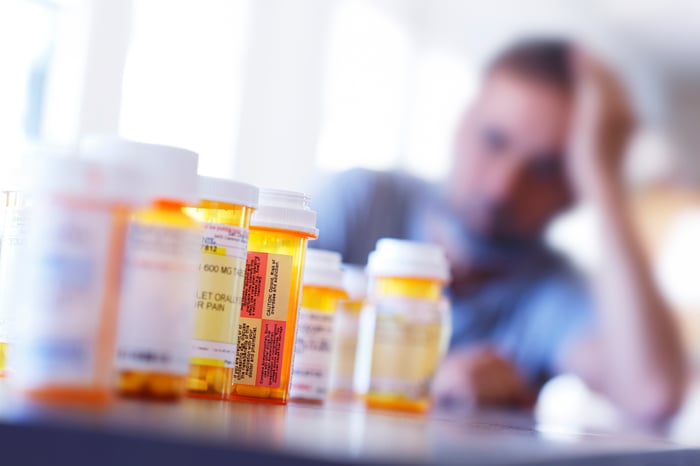 Early in the month, the company announced it would advance the combination of nemvaleukin -- its drug that expands tumor-killing immune cells -- with Merck's Keytruda, to phase 3 trials. The combination has shown some anti-tumor activity against an especially difficult to treat form of ovarian cancer.

Near the end of the month, the company reported first-quarter results, with $251 million in revenue beating last year's top line and operating expenses coming in below 2019. That last bit about controlling costs seems to have been enough to facilitate a "constructive" dialogue with hedge fund Sarissa Capital. The activist, which owns about 5% of Alkermes, was given a seat on the company's board of directors as a result.

As for the partnership with Merck, Alkermes is responsible for conducting the phase 3 study and anticipates beginning in the second half of 2021. In the meantime, the company recently initiated the phase 2 trial of nemvaleukin as a monotherapy to combat melanoma.

After the agreement with Sarissa, its founder stated, "Alkermes has attractive and underappreciated assets that can drive meaningful value creation," so investors might expect management to trim assets that aren't currently contributing to the bottom line. With a history in mental illness and addiction, that could mean the company will look to sell the oncology assets it has been developing.