Please ensure Javascript is enabled for purposes of website accessibility
Log In Help Join The Motley Fool
Free Article Join Over 1 Million Premium Members And Get More In-Depth Stock Guidance and Research
By Rich Duprey - May 11, 2021 at 8:36AM

After months of an on again, off again process, the retailer has finally settled on a course of action.

L Brands (BBWI -4.17%) announced Tuesday it will spin off its Victoria's Secret brand into a stand-alone business.

The New York Times reports Victoria's Secret just didn't hold much allure with potential buyers who refused to pony up for the retailer, perhaps similar to how consumers feel about the lingerie brand today. As a result, L Brands will split itself into two separately traded companies: Victoria's Secret and Bath & Body Works. 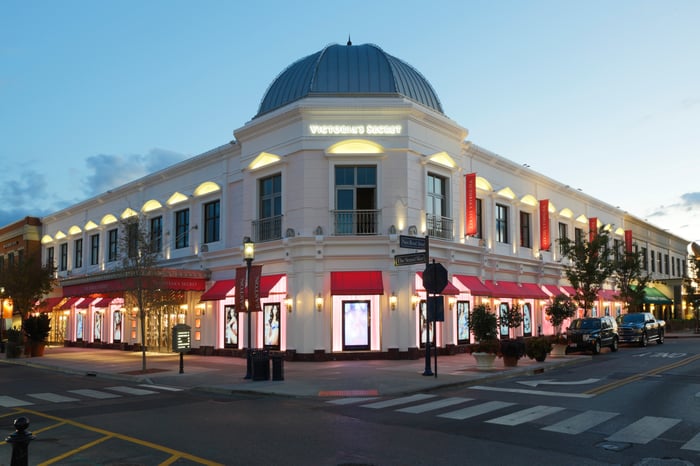 According to the report, L Brands received several offers for the one-time lingerie leader with prices exceeding $3 billion, but that was considerably less than the $5 billion to $7 billion the retailer was seeking.

Once the dominant name in the industry, Victoria's Secret has fallen out of fashion. In its place, upstart Aerie from American Eagle Outfitters has taken flight and is on its way to becoming a $2 billion business. Yet when that does happen, it will still be less than half the $5.4 billion Victoria's Secret generated last year.

L Brands, though, says it chose a spinoff because it's made a lot of progress in restoring the brand to a firmer financial footing. L Brands chair Sarah Nash said, "As a result of these efforts, Victoria's Secret is now well-positioned to operate as a stand-alone, public company."

However, the announcement did hint at the failed nature of a sale, noting a spinoff would return more value to shareholders. L Brands expects the separation to be completed this August.