Please ensure Javascript is enabled for purposes of website accessibility
Log In Help Join The Motley Fool
Free Article Join Over 1 Million Premium Members And Get More In-Depth Stock Guidance and Research
By Demitri Kalogeropoulos - May 18, 2021 at 8:45AM

The retailer has a high bar to meet in its upcoming earnings announcement.

BJ's Wholesale Club (BJ -0.06%) investors are in for a volatile trading week. The retailer kicks off its fiscal 2021 with an earnings report on Thursday, and Wall Street has some big questions heading into that announcement.

The warehouse club enjoyed some of the strongest growth in the industry in 2020, even beating established peers like Walmart and Costco Wholesale during the first phases of the pandemic. Yet it's not clear whether the positive momentum will hold up as consumer spending patterns snap back toward normal.

With that bigger picture in mind, let's look at a few key trends to watch for in Thursday's report. 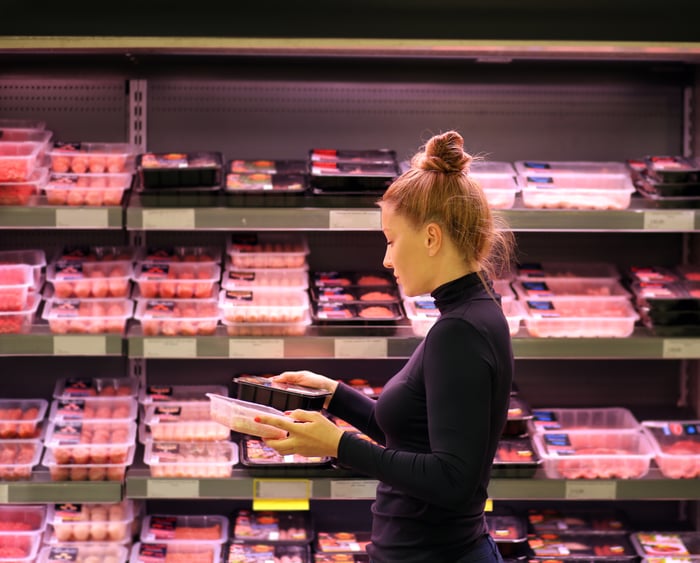 Most consumer staples retailers had a strong 2020, but BJ's stood out even against that competitive backdrop. Comparable-store sales soared 16% for the year to outpace Walmart and Costco as shoppers directed more spending toward big-box stores.

BJ's will have a chance to demonstrate that strength again on Thursday. Costco recently announced that its comps were up a sharp 25% in April as compared to the stay-at-home period a year ago, and BJ's likely saw a similar temporary bump.

But most investors who follow the stock are expecting to see a modest sales decline for the full quarter compared to the peak pantry-stocking period from a year earlier. We'll get a fuller industry picture by Thursday, since both Walmart and Target are reporting earnings earlier in the week.

Like its rivals, BJ's warned investors to expect a period of higher spending ahead as it builds infrastructure around its larger sales base. That project will help ensure that adjusted earnings in 2021 grow at a much slower rate than last year's 112% spike.

But the big number to follow is the club's membership income, which rose 10% last year. BJ's needs continued success at signing up new subscribers, and convincing existing ones to renew their memberships, if it's going to mature into a national business than can rival industry leaders like Costco.

Delaney and his team declined to issue a 2021 outlook in early March, citing big questions around economic growth trends, federal stimulus, and vaccine distribution. But some of those factors have cleared up since then, and so BJ's might issue a forecast for the wider year.

Walmart and Target are each predicting modest growth in 2021 on top of last year's record result. And if BJ's sounds a similarly positive note on Thursday, then investors can expect further aggressive moves by the management team, including in the chain's geographic expansion, its online selling platform, and its membership drives.

Those promising initiatives help explain why the stock has outperformed rivals like Costco since the start of the pandemic. But BJ's will need to earn that premium by consistently winning market share in the ultra-competitive retailing industry.