Please ensure Javascript is enabled for purposes of website accessibility
Log In Help Join The Motley Fool
Free Article Join Over 1 Million Premium Members And Get More In-Depth Stock Guidance and Research
By Billy Duberstein - May 19, 2021 at 7:30AM

Amid the technology dip, these fund managers scooped up the highest-quality names in the sector.

It's 13F season again, the time 45 days after quarter-end when top hedge funds must disclose their trades from the previous quarter. While investors should never just blindly follow top hedge funds into stocks, especially as these disclosures lag trades by as much as three months, these reports can provide insights into where Wall Street's top minds see opportunity.

After a blockbuster 2020, the technology sector, as represented by the Invesco QQQ Trust sold off 1.8% in the first quarter. Cathie Wood's more speculative ARK Innovation Fund, which invests in more early-stage disruptive technology, sold off 3.7%. Yet both ETFs were down much, much more from early February highs.

Still, it appears top hedge funds are believers in the technology sector, as many of Wall Street's biggest funds scooped up high-powered tech names as they sold off during the first quarter. 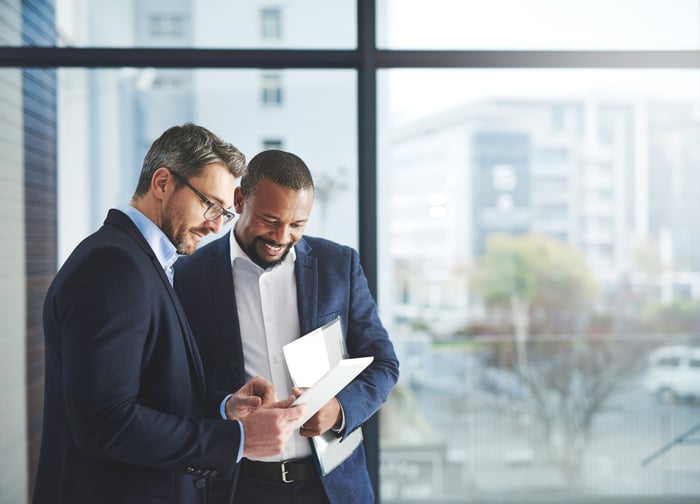 3G Capital was unafraid to make its monster Sea Ltd. position even bigger

3G Capital may be best known for partnering with Warren Buffett on the ill-fated Kraft-Heinz merger. Yet following that debacle, the investment company appears to have learned its lesson, and now invests primarily in technology-related stocks. Case in point, 3G increased its already huge holding in Southeast Asian tech giant Sea Limited (SE 1.42%), increasing its position from 17.6% of the portfolio to a whopping 24% in the first quarter, making it the largest position in 3G's highly concentrated fund.

Sea Limited just released first-quarter earnings, and it's not hard to see why 3G is such a fan. Revenue boomed 146.7%, and importantly, gross profit margin expanded, with gross profits increasing by an even greater 212.1%. Adjusted EBITDA flipped from a $69.9 million loss a year ago to an $88.1 million gain. That improved profitability means the company's aggressive investments, especially in its Shopee e-commerce platform, are bearing fruit.

The eye-opening results confirm management is delivering on its promise to become the dominant gaming, e-commerce, and digital payments company in Southeast Asia, and the company has even begun targeting Latin America next, launching its Shopee e-commerce app in Mexico back in February. A successful entry into Latin America could double the size of Sea's total addressable market.

Sea Limited is down about 20% from all-time highs, but is actually up about 10% on the year. That's not too shabby following a 2020 in which the stock rocketed 385%. Even after its monster gains, it appears 3G still likes the stock, which is simultaneously succeeding in video games, e-commerce, and fintech across multiple emerging markets. Sea should be one of the great growth stock of the 2020s. 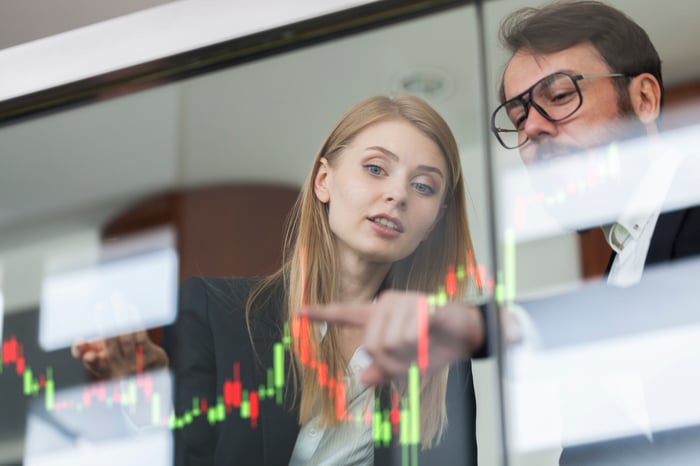 While cloud-based data warehouse company Snowflake (SNOW 1.04%) has practically been cut in half since its early December highs and is down 24% on the year, the stock is still about 85% above its September IPO price. But apparently, Stephen Mandel's hedge fund Lone Pine Capital thinks Snowflake's price has fallen far enough; the fund more than quadrupled its stake in Snowflake as the stock fell back to earth.

That increased stake was coming off a tiny base, and Snowflake still only makes up a little over 1% of Lone Pine's portfolio, which is dominated by more established FAANG stocks. Still, the big increase on what many deem an expensive stock could be a clue that the much-hyped Snowflake, a disruptor in big data management for large enterprises, is the real deal.

While Snowflake is still an expensive stock, at a whopping 51 times price-to-sales ratio, those sales are booming. Product revenue surged 116% last quarter, with a net expansion rate of 168%. That's impressive, even by cloud software standards. But of course, Snowflake is a bit different than a typical software stock, as its revenue is based largely on consumption, not subscriptions.

Given the impressive cloud revenue growth reported by top infrastructure-as-a-service platforms earlier in April, Rosenblatt analyst Blair Abernethy recently upgraded Snowflake to a buy with a $285 price target, well above today's $222 price, which is about the level where Lone Pine likely took a position last quarter. While still a bit expensive, younger, more aggressive investors may wish to give Snowflake a second look. 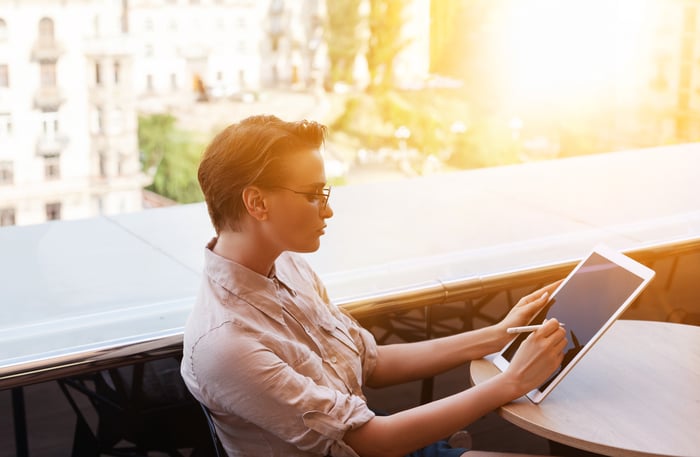 Tiger Global triples down on DocuSign

As high-growth technology names sold off hard from February through March, top tech hedge fund Tiger Global, run by Chase Coleman III, doubled and even tripled down on several of those stocks last quarter. Notably, Tiger nearly tripled its holdings of DocuSign (DOCU 2.03%), upping its stake by 190% and making it a 2.37% portfolio allocation, the 13th-largest fund holding as of March 31.

DocuSign is a first-mover and industry leader in e-signatures, which streamline the traditionally cumbersome process of signing agreements manually. In recent years, DocuSign has moved beyond e-signatures, developing technology and acquiring companies to build its Agreement Cloud, a suite of tools that automate the entire document process, saving businesses time and increasing efficiency.

DocuSign's recent sell-off didn't have much to do with its operating results. After all, fourth-quarter earnings were stellar, with revenue up 57% and adjusted earnings per share of $0.37, both well ahead of analyst expectations. Rather, the sell-off was likely due to the rerating of technology shares after DocuSign tripled last year.

Fears over higher inflation, and therefore higher interest rates, were likely the culprit, as higher interest rates would lower the value of future earnings. Being a high-powered growth stock with little in the way of current profits, DocuSign sold off with a lot of other top tech names.

The stock is now down 35% from all-time highs set back in February, and actually below the price levels from March 31, which means investors can get a better deal on shares today than Tiger Global did.

Scared of technology these days?

While technology stocks have been acting pretty badly since February, remember that most high-growth tech stocks were coming off a blockbuster 2020, when many doubled, tripled, or increased even more. So, some cooling off is to be expected as the economy opens back up.

Still, the world is innovating at a rapid pace, and top technology stocks are at the forefront of this change. So it make sense that these top funds would take advantage of the first-quarter dip to increase their stakes of these best-in-class companies.