Please ensure Javascript is enabled for purposes of website accessibility
Log In Help Join The Motley Fool
Free Article Join Over 1 Million Premium Members And Get More In-Depth Stock Guidance and Research
By Rich Smith - May 19, 2021 at 4:52PM

Investors aren't at all pleased with management's compensation package.

Shares of electric- and fuel cell-powered truckmaker Nikola Corporation (NKLA -4.78%) stock plunged to close Wednesday down 6.2% after the company revealed, in a DEF 14A filing with the SEC, that in 2020 it issued "performance-based stock units" to company executives worth a combined $567 million -- a value exceeding 10% of Nikola's entire market capitalization at present.

Nikola explained the stock grants as being "intended to compensate our named executive officers over its three-year term and" said the awards "will become vested as to all shares subject to it only if our share price increases to $55 during the three-year performance period."

So it's not 100% certain that the awards, although granted, will ever actually vest, or that the executives will actually receive the stock in question. It all depends on whether Nikola, which at one point after its IPO via a SPAC company in 2020 had approached a valuation of nearly $66 a share, ever gets back to that point again. 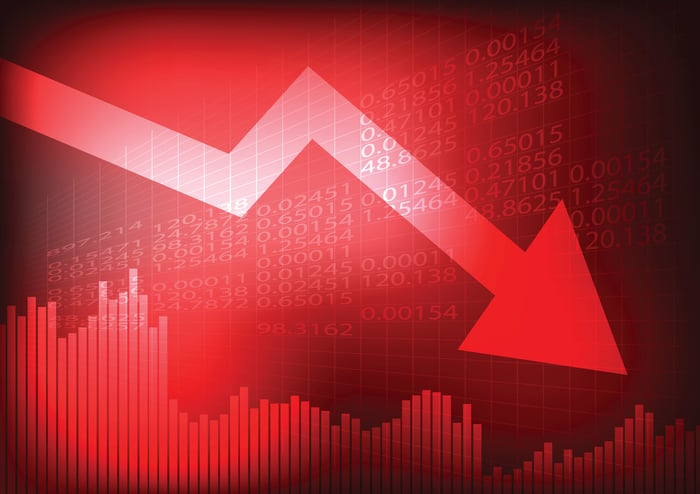 At present, that seems unlikely. Unprofitable and nearly revenue-less Nikola stock, after all, currently changes hands for less than $13 a share, and isn't worth that much more than it sold for back when the company was just a glimmer in VectoIQ Acquisition Corp's eye. Still, the prospect of management getting so richly rewarded for driving Nikola's stock up more than 500% in price, only to drive it right back down again, seems to have upset investors today.

And that's why they sold off the stock.