Please ensure Javascript is enabled for purposes of website accessibility
Log In Help Join The Motley Fool
Free Article Join Over 1 Million Premium Members And Get More In-Depth Stock Guidance and Research
By Parkev Tatevosian - May 21, 2021 at 10:28AM

Walt Disney (DIS 2.33%) reported its fiscal second-quarter earnings on May 13, and the numbers disappointed investors. The stock price fell about 5% on the day after the results were announced.

That sell-off may have been unjustified and that could make this a good buying opportunity for long-term investors who can stomach the short-term volatility associated with the company's rebound from the pandemic.

Analysts on Wall Street had been expecting Disney to report revenue of $15.86 billion and earnings per share (EPS) of $0.28 for the fiscal quarter that ended April 3. Instead, Disney announced better-than-expected EPS of $0.50, but lower-than-expected revenue of $15.6 billion. Given that the EPS beat was much larger than the revenue miss, some might have been surprised to see the share price fall following the report. 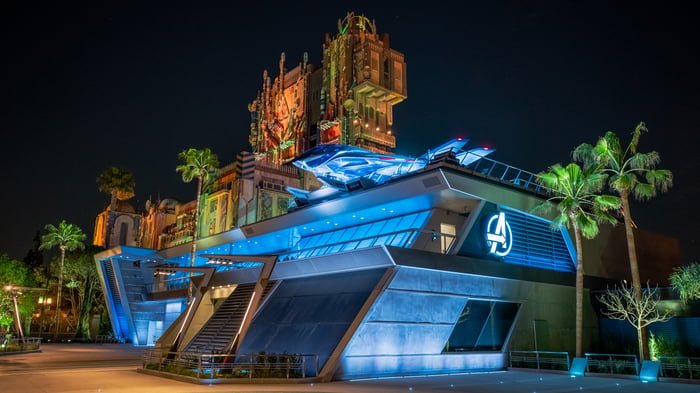 The main cause of the stock price decline was not likely the top-line miss, but rather the slowdown in subscriber growth for Disney+. Though Disney+ added a net of 8.7 million subscribers in the quarter, that was still the streaming service's slowest quarterly gain since its inception. That said, Disney management reiterated that the company is on track to reach its target of between 230 million and 260 million Disney+ subscribers by 2024.

Overall, in its fiscal Q2, Disney made progress in its rebound from the painful financial effects of the pandemic.

"We're pleased to see more encouraging signs of recovery across our businesses," said CEO Bob Chapek in the earnings release, "and we remain focused on ramping up our operations while also fueling long-term growth for the Company. ... This is clearly reflected in the reopening of our theme parks and resorts, increased production at our studios, the continued success of our streaming services, and the expansion of our unrivaled portfolio of multiyear sports rights deals for ESPN and ESPN+."

Undoubtedly, Disney's streaming subscriber growth will remain volatile from quarter to quarter. Still, those services will probably boast hundreds of millions of subscribers several years from now. Moreover, revenues from that segment will be supplemented by its thriving theme parks, which will likely be once again bursting at the seams not long after capacity restrictions are fully lifted. And is there any question that Disney will charge visitors more for entry than it did before the onset of the pandemic? 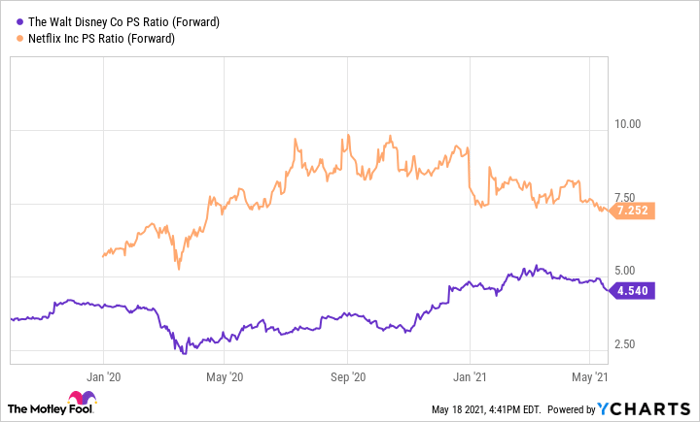 Disney is trading at a forward price-to-sales ratio of 4.5 compared to Netflix's (NFLX 2.96%) ratio of 7.2. And unlike Netflix, Disney has multiple avenues to profit from the content it creates: Hit movies can become the basis for new attractions at its theme parks. Popular characters can be turned into hot-selling toys and accessories. It's my hunch that as Disney grows its streaming segment, it will come to trade at a P/S multiple closer to that of Netflix.

The end of its fiscal second-quarter also brought with it a reduction in one of the biggest risks to the stock -- pandemic-related uncertainty. Disneyland in California reopened, and its theme park in Paris is scheduled to reopen next month. It's becoming more likely that sometime in 2022, Disney's operations will be back at full strength -- this time, with an expanded streaming segment generating billions in revenue. And recall that over the five-year period before the pandemic, Disney was operating with a healthy operating profit margin of nearly 25%.

Long-term investors looking for a stock they can buy and hold for decades should feel good about adding Disney stock to their portfolios now.