Please ensure Javascript is enabled for purposes of website accessibility
Log In Help Join The Motley Fool
Free Article Join Over 1 Million Premium Members And Get More In-Depth Stock Guidance and Research
By Sean Williams - May 22, 2021 at 5:51AM

Buckle up, investors: A stock market crash might be brewing. 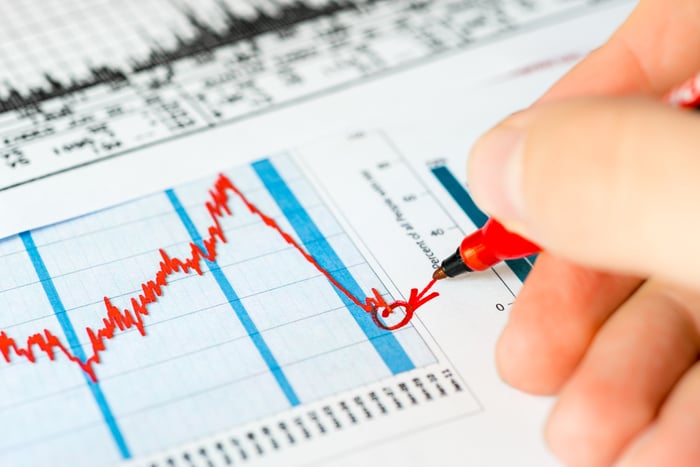 History suggests the stock market is in trouble

History is the enemy of the stock market in numerous respects. For example, each of the previous eight bear markets, dating back to 1960 and not including the coronavirus crash, have featured at least one double-digit percentage decline in the S&P 500 within three years of finding a bottom. In total, there have been 13 corrections in the three years following the last eight bear markets (i.e., either one or two following each one). This tells us it's quite common for the rebound from a bear-market bottom to be bumpy.

Perhaps a bit more damning is the historic price-to-earnings valuation of the S&P 500. According to the S&P 500's Shiller P/E ratio (which measures inflation-adjusted earnings over the previous 10 years), the average P/E for the benchmark index is around 16.8 since 1870. As of May 18, it was nearly 37. In the previous four instances over the past 150 years where the S&P 500's Shiller P/E has crossed above and sustained 30, a minimum decline of 20% has soon followed for the index.

Also, don't overlook the frequency with which corrections occur. There have been 38 double-digit declines in the S&P 500 since the beginning of 1950. That's a crash or correction every 1.87 years, on average, or approximately every 22.5 months.

But even though history is currently the enemy of the major indexes, it's an important ally to investors. That's because every major crash and correction has proved to be a buying opportunity. When the next crash does strike, you should be looking to buy the following three stocks hand over fist. 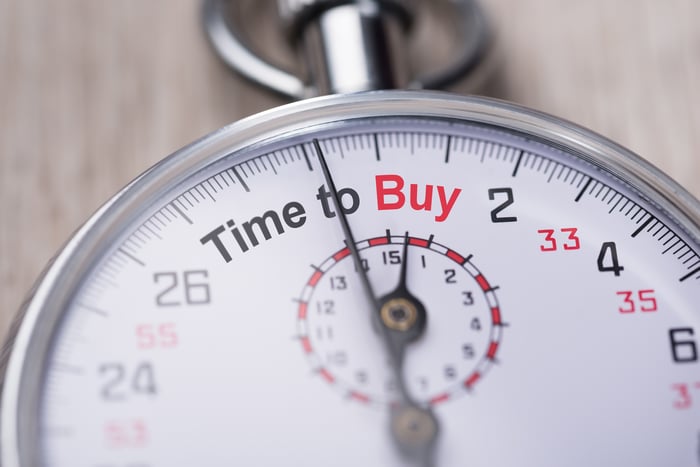 It's become abundantly clear over the past decade that Amazon (AMZN -2.86%) should be a core holding in virtually all investors' portfolios. It's a foundational company with exceptional long-term growth prospects, insane market dominance, and incredible cash flow growth.

Most everyone is probably familiar with Amazon for its leading online marketplace. According to a new report released by eMarketer, Amazon should see its share of U.S. e-commerce grow 60 basis points in 2021 to 40.4%. Put another way, Amazon controls about $0.40 of every $1 spent online in the United States, and it's more than 33 percentage points ahead of its next-closest competitor, Walmart.

On one hand, retail margins are generally quite low. On the other hand, it's been able to take advantage of its incredible market share to sign up more than 200 million people to a Prime membership. The fees Amazon collects from Prime help it to undercut its competitors on price. Meanwhile, Prime members tend to spend a lot more than non-Prime shoppers, and they have an added incentive to remain loyal to Amazon's high-margin products and services.

Were this not enough, Amazon is also a leading provider of cloud infrastructure services. Amazon Web Services (AWS) grew its sales by 30% in 2020 -- during the worst economic downturn in decades. Best of all, cloud infrastructure margins run circles around retail margins. This means that as AWS becomes a larger percentage of total sales, Amazon's operating cash flow will grow at a much faster pace than revenue. Over the next four years, Wall Street expects the company's operating cash flow to more than double. 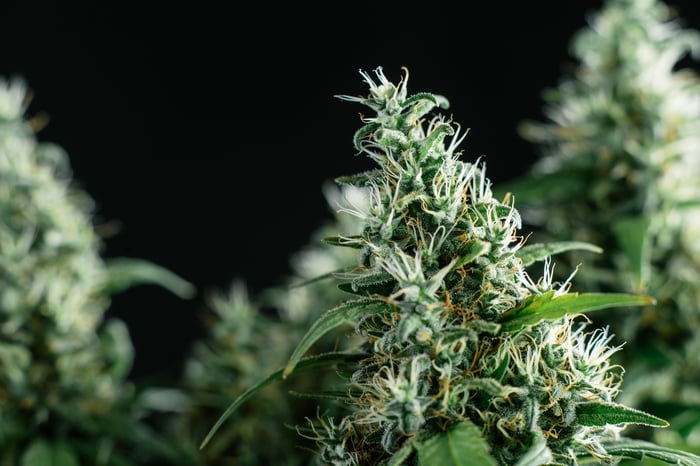 Another great company to buy hand over fist during the next crash is marijuana stock Innovative Industrial Properties (IIPR 0.44%).

It's no secret that the U.S. is ground zero for a cannabis explosion. According to New Frontier Data, marijuana sales growth should average 21% annually between 2019 and 2025. This means we could see more than $41 billion in annual weed sales domestically by mid-decade. Though all eyes are on the direct players, ancillary pot stocks can thrive, too. That's where Innovative Industrial Properties comes into play.

IIP, as the company is also known, is a cannabis-focused real estate investment trust (REIT). This is a fancy way of saying that it buys cultivation and processing facilities that it leases out for long periods of time. It aims to make bank from the rental income it receives. However, it also has a modest organic growth component built in: The company passes along rent increases each year to its tenants.

As of this past week, Innovative Industrial owned 71 properties covering 6.5 million square feet of rentable space in 18 states. All 6.5 million square feet are currently leased, with a weighted-average lease length of 16.8 years. IIP will likely have a complete payback on its $1.6 billion in invested capital in less than half that time.

What's more, Innovative Industrial Properties' sale-leaseback agreements are a hit among multistate operators (MSO). As long as marijuana remains illicit at the federal level, access to basic banking services for MSOs can be hit-and-miss. IIP steps in and acquires properties for cash, giving MSO balance sheets a boost. In return, IIP immediately leases the property back to the seller, netting a long-term tenant in the process. With few surprises, IIP remains a hearty growth stock to buy if a market crash arises. 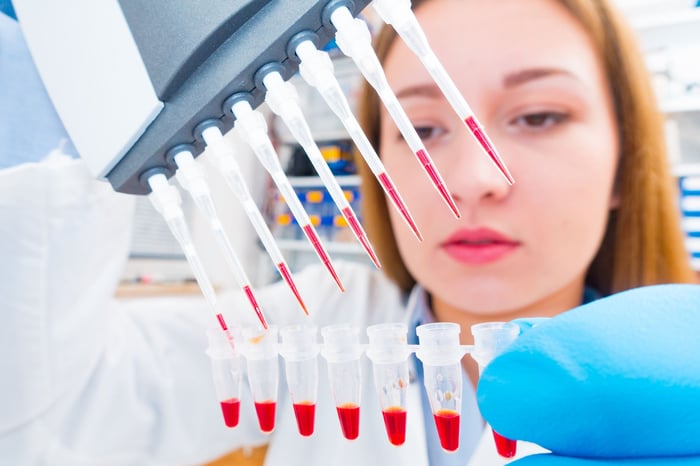 A third exceptional company to gobble up when the next bout of panic-selling hits is biotech stock Vertex Pharmaceuticals (VRTX 1.61%).

Most biotech stocks are money-losing companies that are crossing their proverbial fingers and hoping to create a blockbuster drug. Vertex isn't like most biotech stocks. It's been profitable for a while, and successful in developing multiple generations of top-selling drugs.

Where Vertex shines is in treating cystic fibrosis (CF), a genetic disease characterized by thick mucus production that can obstruct the pancreas and lungs. It currently has no cure and is known to cause premature death. The multiple generations of treatments Vertex has developed have helped to improve lung function for certain mutations of the disease.

The latest approval for Vertex came in 2019 when combination drug Trikafta got the green light. Trikafta targets the most common CF mutation, which means in the neighborhood of 90% of CF patients can take it. Trikafta was ultimately approved by the Food and Drug Administration five months ahead of its scheduled review date, and it brought in almost $3.9 billion in its first full year of sales.

What's equally exciting is Vertex's growing cash pile. As of the end of March, it had north of $6.9 billion in cash and cash equivalents. This capital is paramount to developing the company's roughly one dozen internal compounds, and may be used to make acquisitions to diversify its product portfolio.

Put simply, you don't come across companies steadily growing at a double-digit pace with a forward P/E ratio of just 18. Vertex is already an absolute steal, and it'd be the perfect stock to buy on any significant market weakness.