Please ensure Javascript is enabled for purposes of website accessibility
Log In Help Join The Motley Fool
Free Article Join Over 1 Million Premium Members And Get More In-Depth Stock Guidance and Research
By Lou Whiteman - May 24, 2021 at 3:28PM

Emirates wants the new plane to live up to Boeing's promise.

One of Boeing's (BA -3.42%) most important customers is doubling down on its criticism of the aerospace giant, adding to the pressure for Boeing to get any issues with its forthcoming 777X solved sooner rather than later.

On Monday, the head of the airline Emirates said he would refuse delivery on the 777X if the plane falls short of contractual performance commitments. The airline's president, Tim Clark, speaking at an aviation summit in Dubai, said Boeing has a history of overpromising on new jets and noted he has yet to receive any performance details on the plane's new engines, according to a Reuters report. 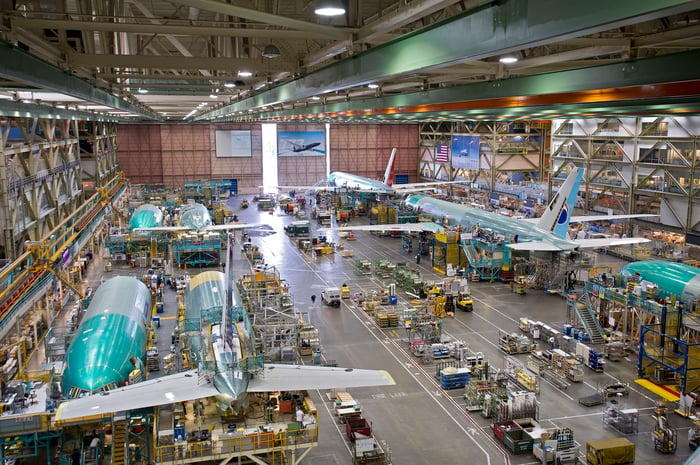 The 777X has turned into a headache for Boeing. The plane was originally expected to debut in 2021, but a combination of testing setbacks and pandemic-related delays has Boeing now targeting a 2023 entry to the market. Emirates accounts for about one-third of the plane's order book, and could be a make-or-break customer for the plane. But the airline said last summer it was considering swapping out some of those orders for smaller 787 Dreamliners.

In March, Clark voiced concerns that Boeing is moving on from issues with its 737 MAX and other planes without learning any lessons, placing blame on Boeing's board for a lack of oversight. Clark said at the time that future dealings between Emirates and Boeing would be based on how well Boeing addresses the internal problems that have led to its issues.

The 777X is an update to one of Boeing's largest planes and a longtime favorite for airlines flying long-haul international schedules. The X has new engines and composite wings designed to boost fuel efficiency, but as Clark notes, there is no solid indication yet from Boeing that its engineers have been able to hit their targets for better performance.