Please ensure Javascript is enabled for purposes of website accessibility
Log In Help Join The Motley Fool
Free Article Join Over 1 Million Premium Members And Get More In-Depth Stock Guidance and Research
By Rick Munarriz - May 26, 2021 at 9:05AM

Royal Caribbean schedules its first test cruise, but it could be too little, too late.

We keep getting closer to the long overdue return of the cruising industry. Royal Caribbean (RCL 0.89%) announced on Tuesday afternoon that its Freedom of the Seas ship has been approved to begin test sailings out of Miami by late June. It's the first of the country's three major cruise lines to announce a test sailing.

Earlier in the week it was Norwegian Cruise Line Holdings (NCLH 1.77%) getting the green light to begin Alaskan cruises out of Seattle in early August. Royal Caribbean and Carnival (CCL 2.42%) (CUK 2.33%) announced a July restart to their sea voyages to Alaska late last week. Yes, it's finally happening. If you've been waiting for more than a year to get on a cruise ship again the gangplank is going to be there for you soon. If you're just following the news because you're an investor in one of the three major cruise lines you might want to pare back your expectations. The cruise industry is coming back, but this summer -- for all practical purposes -- is essentially shot. 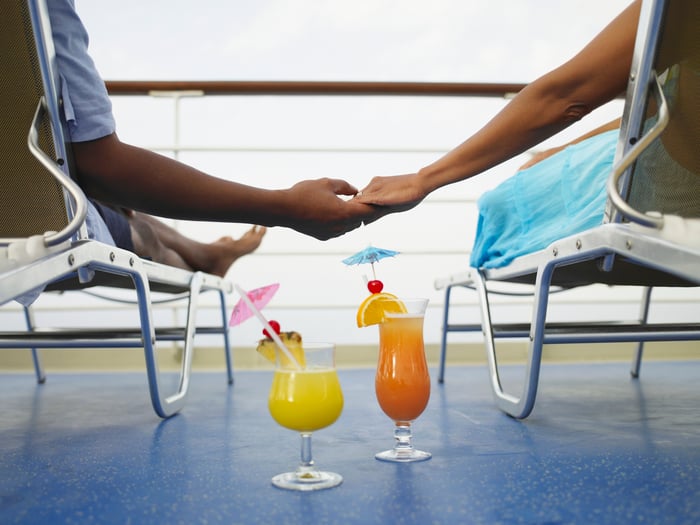 It may seem shocking, but all three cruise line stocks are now trading at higher enterprise values than they were 15 months ago when Carnival, Royal Caribbean, and Norwegian Cruise Line were operating at full strength. The sticker prices on the stocks may not be as high as they were when it was smooth sailing for the cruising industry, but between fresh debt and stock sales the enterprise values have ballooned since the lull.

There was hope that the cruise lines would be generating meaningful revenue during the peak summer travel season, but that's not in the cards anymore. Cruises sail year-round, but it's always summer when families with kids in school jump into the mix to bump up demand -- and fares.

How important is summer? Let's take Carnival on for size, as it operates on a November fiscal year, offering us a perfect snapshot of how critical June, July, and August is to the world's largest cruise line. It generated $6.5 billion of the $20.8 billion it reported for fiscal 2019 -- or more than 31% -- in the fiscal third quarter. More importantly for bottom-line watchers, the $1.78 billion it delivered in net income that quarter was nearly 60% of the entire fiscal year's profit.

We may give Royal Caribbean a golf clap when it comps a cruise ship at a little more than 10% capacity on a test sailing in a few weeks, but by the time it's cleared for revenue-generating sailings it will be too late to make a difference. Folks will have booked more reliable getaways. Cruise ships are a lot of fun and an unheralded form of travel, but after seeing all three cruise lines cancel cruises month-after-month for more than a year it's hard to take any restarting line seriously. By the time Alaskan cruises start happening in August the summer travel season will be nearing a close. The summer season that is so pivotal for the success in the industry will consist of a handful of revenue sailings. There's no way that anyone turns a profit during the most profitable period for the industry.

This summer will matter from a historical perspective. It will be the moment when the last segment of the travel and tourism sector to resume operations finally got going. It will be a small step, but how quickly the industry returns to form -- and justifies its elevated valuations -- are the real questions that will take time to answer.