Please ensure Javascript is enabled for purposes of website accessibility
Log In Help Join The Motley Fool
Free Article Join Over 1 Million Premium Members And Get More In-Depth Stock Guidance and Research
By Courtney Carlsen - May 26, 2021 at 7:01AM

The lender made a smart acquisition that should drive its growth.

Walker & Dunlop (WD 1.47%) had a pretty lackluster first quarter. The multifamily mortgage finance company missed analysts' consensus estimates on both the top and bottom lines, and investors responded by sending its stock down 11% on May 6, the day of the report. As of Wednesday's close, the stock is still down 14% from its pre-earnings price.

However, during the company's Q1 earnings call, management pointed to a number of positives that investors should be paying attention to, including a deal that could be a key driver of Walker & Dunlop's growth in years to come. 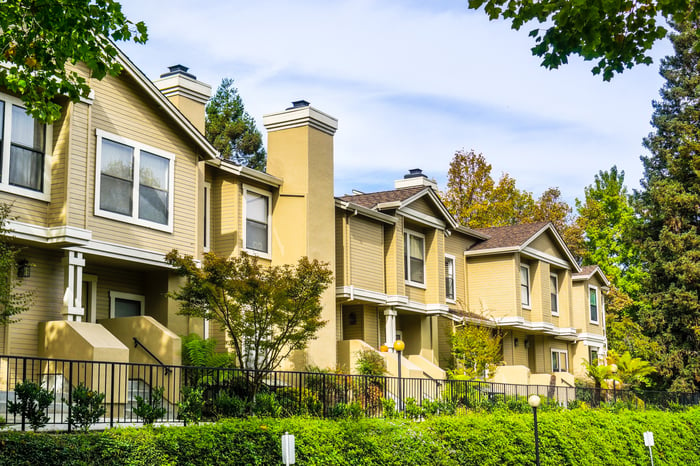 Slower earnings to start the year

Expenses in the quarter were down as well, by 13%. The largest change was an adjustment for credit loss provisions, which provided an $11 million net benefit to the company. Estimates improved thanks to improving economic conditions and unemployment rate projections. At the end of the day, Walker & Dunlop's net income grew by 21.4% year over year to $458 million.

The company also became the fourth-largest lender in the broader category of U.S. commercial real estate, jumping six spots from the year prior. With $24.7 billion in loans in this space, the company trailed only KeyCorp, Wells Fargo, and JPMorgan Chase.

As I've previously written, Walker & Dunlop is optimistic about the coming wave of loan maturities that will drive volume in the coming years. The company is also anticipating increased activity from Fannie Mae and Freddie Mac. CEO Willy Walker noted that the government-sponsored entities got off to a slow start in 2021, but have been more active in the second quarter. They also have another $105 billion in combined lending capacity available to be used for the rest of this year.

Finally, in an important move, Walker & Dunlop announced it was purchasing a 75% stake in Zelman & Associates, a leading housing-focused research firm. This deal gives it exposure to a segment of the industry that it hasn't previously served, which could light the fuse for future growth.

Gaining exposure to one of the fastest-growing real estate segments

Walker & Dunlop expects the Zelman & Associates deal to close in the second half of the year, and forecasts that the transaction will add between $0.15 and $0.20 to its earnings per share in the first year.

The deal helps Walker & Dunlop in two ways. First, it supports the company's commitment to get into investment banking. Zelman was an advisor on the initial public offerings of Rocket and Invitation Homes. Second, it gives the company a wider foothold in the single-family rental space.

Walker & Dunlop's first quarter disappointed investors. However, I think an acceleration in activity from Fannie Mae and Freddie Mac, and the potential of its controlling stake in Zelman & Associates, combine to make Walker & Dunlop an attractive real estate stock to hold for the long haul.