Please ensure Javascript is enabled for purposes of website accessibility
Log In Help Join The Motley Fool
Free Article Join Over 1 Million Premium Members And Get More In-Depth Stock Guidance and Research
By Rick Munarriz - May 31, 2021 at 9:05AM

From new Disneyland attractions to big Disney+ additions, the month ahead will entertain fans and investors alike.

Summer is just around the corner, and this is historically an important season for Walt Disney (DIS 4.68%). The media giant puts out some of the world's most popular films, and Disney is good for a couple of summer blockbusters most years. Schools going on summer vacation is also typically a dinner bell for its theme parks worldwide.

Things have been more than a little different over the past year, but with some normalcy starting to creep back into our lives, this could be a strong June for Disney. Let's check out some of the dates that investors should be watching out for in May. 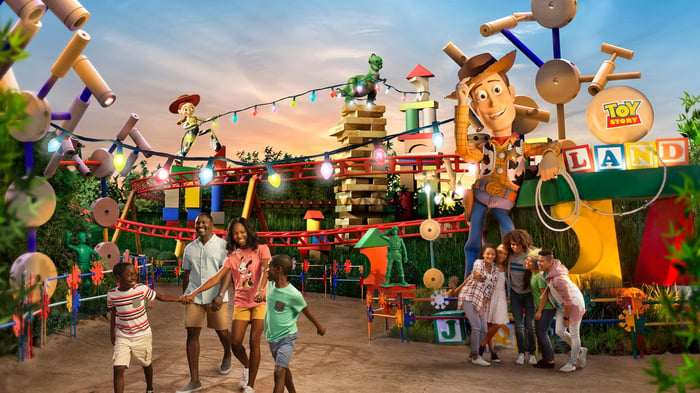 Disneyland in California has only been open for a few weeks, but guests are ready for something new. Avengers Campus will open at Disney's California Adventure on June 4.

The Marvel-themed addition was supposed to open last summer, but the pandemic nixed that coming-out party. The new land will feature new areas to explore and fresh photo opportunities with Marvel characters, but the star attraction should be Web Slingers, a new Spider-Man ride.

If you're staying home on June 4, it's still a date worth circling. Raya and the Last Dragon hit movie theaters three months ago, and on Friday, it will be available for Disney+ subscribers to stream at no additional cost. With Disney shares retreating slightly after the bellwether media stock posted weaker-than-expected Disney+ subscriber numbers, this is the kind of content that should keep churn in check.

Disneyland in California finally reopened at the end of April, but limited attendance to residents of the state. In two weeks, it will be fair game for anyone living outside of the Golden State to visit, too.

It's an important step for Disney's original theme park and the adjacent Disney's California Adventure. It's also a big milestone for the state's tourist-hungry economy. Reopening Disneyland to everyone -- just as the peak summer travel season is underway -- will go a long way to getting the park that was shuttered for more than 13 months back on the path to profitability.

Disney has been tiptoeing its way back into the U.S. multiplex scene. When Raya and the Last Dragon hit theaters in March, it was the first Disney movie to play at a stateside movie house in a year. Cruella is Disney's latest theatrical release, hitting the big screen to make the most of this Memorial Day holiday weekend.

The next big Disney film is Pixar's Luca, but in a surprising move, the House of Mouse is going to bypass the multiplex with this one. It will be available exclusively to Disney+ subscribers on June 18 -- and they won't have to pay $29.99 for three months of early access the way they had to with the Mulan live-action reboot, Raya and the Last Dragon, or Cruella. Following in the footsteps of the Oscar-winning Soul, Luca will be available at no additional cost beyond the regular Disney+ monthly subscription.

Don't worry multiplex fans. Disney will be back on the silver screen in July.