Shares of the automotive parts company are being driven by good news.

Shares of aftermarket auto parts maker Tenneco (TEN 0.86%) climbed 55.4% in May, according to S&P Global Market Intelligence data. The company had posted strong first-quarter earnings that surprised analysts. The company's shares have been steadily climbing this year and are up more than 94% for the year. 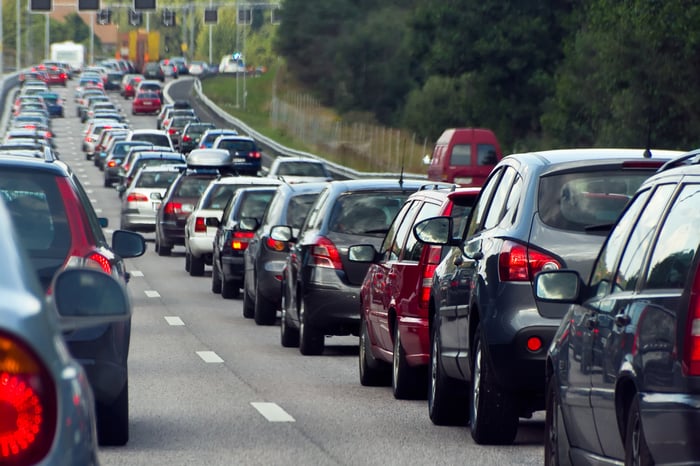 The company reported first-quarter revenue of $4.7 billion, up 23% year over year, and net income of $65 million, compared with a loss of $839 million in the same period last year. While business has been looking up for the company since the middle of last year, the size of the gains surprised analysts. Investors were also buoyed when the company raised its 2021 guidance, saying that it now expects yearly revenue between $17.6 billion to $18.1 billion and adjusted EBITDA between $1.35 billion and $1.45 billion.

The chip shortage has meant that automakers have pivoted from slower-selling models to concentrate on high-demand trucks and SUVs. That has increased the demand for Tenneco's powertrain and emissions parts, particularly as customers, frustrated with the availability of and costs for new vehicles, are holding on to their old vehicles or buying used ones.

In the long term, the company has improved its free cash flow, and that has allowed it to pay down its debt from $6 billion in the first quarter of 2020 to $5.2 billion, and in its first-quarter earnings call, management said it expects to bring that number down to under $4.2 billion by the first of the year.

While Tenneco may be hurt in the long run by the trend for more electric vehicles, the push for better emissions drives the company's sales in the short run and the chip shortage will slow the sales of EVs for a while. That provides an opportunity for this automotive industry stock. The key for the company will be maintaining the increase in EBITDA margin that it has seen the last two quarters while continuing the pay down its debt.

This has a lot of potential as a value stock, with the company showing increased earnings. As the economy opens up this year, more people are likely to be driving to work and on vacations, so that trend also benefits Tenneco. Billionaire Carl Icahn, known for pushing companies to add value to stockholders, is one of Tenneco's biggest shareholders. He added 5% more Tenneco stock in the past quarter, a move that bodes well for the company's investors.