A tweet from Sen. Ron Wyden today blasted Biogen's (BIIB -0.29%) decision to price its newly approved Alzheimer's drug, Aduhelm, at $56,000 per year. The Democratic senator from Oregon suggested the price is particularly unreasonable given questions regarding its efficacy, and he said Medicare should be granted the ability to negotiate prices directly with drugmakers to keep costs in check. 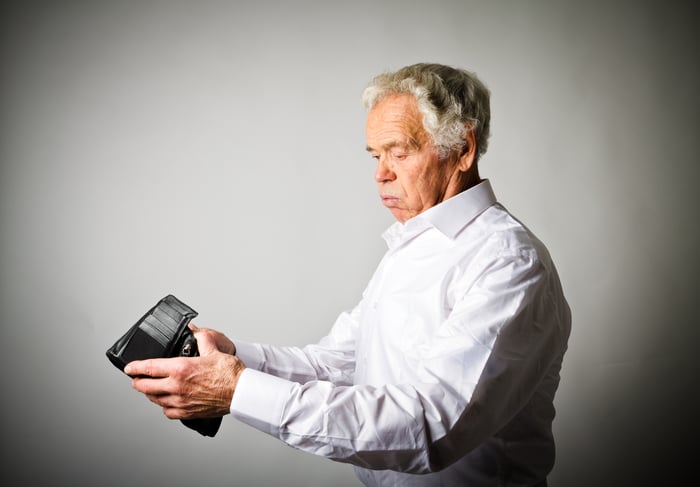 The Food and Drug Administration granted conditional approval to Aduhelm today, despite a key advisory committee recommending against approval last fall. The committee's concern stemmed from Aduhelm's inability to clearly demonstrate it can meaningfully improve cognitive function in Alzheimer's patients during clinical trials.

Instead of basing it's approval decision on Aduhelm's impact on Alzheimer's disease symptoms, the FDA granted the drug a green light based on its ability to reduce amyloid beta plaque buildups in the brain. For years, researchers have suggested these buildups contribute to the disease's progression. But in the past, trials of medications targeting amyloid beta have failed to demonstrate that reducing plaques improves outcomes.

Nevertheless, Biogen believes reducing amyloid beta plaques offers newfound hope to over 6 million Americans diagnosed with the disease, making Aduhelm worth its $56,000 per year price. No new drugs targeting Alzheimer's disease have been approved in the past 20 years, and it is the sixth leading cause of death annually.

On Twitter, Sen. Wyden reacted to Biogen's decision by tweeting: "It's unconscionable to ask seniors and taxpayers to pay $56,000 a year for a drug that has yet to be proven effective. Medicare must be able to negotiate a fair price for prescription drugs."