The days may have been growing longer last month, but the clouds still loomed over investors' feelings for this solar stock.

After declining by 16% through the first four months of 2021, shares of ReneSola (SOL -5.43%), a manufacturer of components for solar panels, dropped by another 15% in May, according to data from S&P Global Market Intelligence.

While investors were treated to some positive news about the company last month, it wasn't enough to compensate for the pessimism they felt after seeing its preliminary first-quarter results. 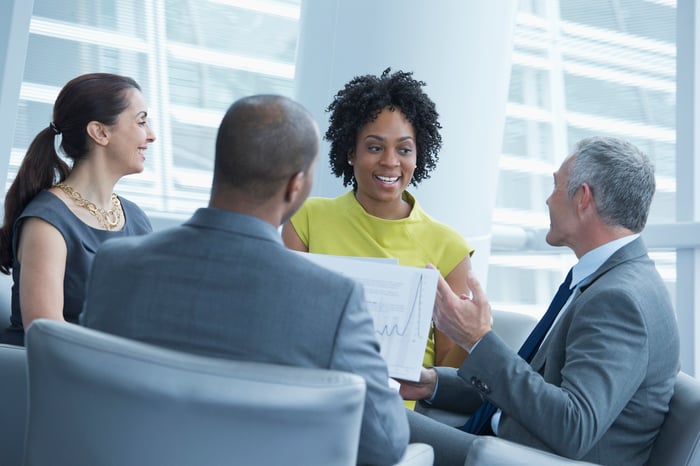 On April 30, ReneSola provided the market with a preview of what they could expect when the company reported its Q1 numbers on May 25. Investors were not impressed. Shares closed 7% lower the next trading day, and continued to slide through the following week. 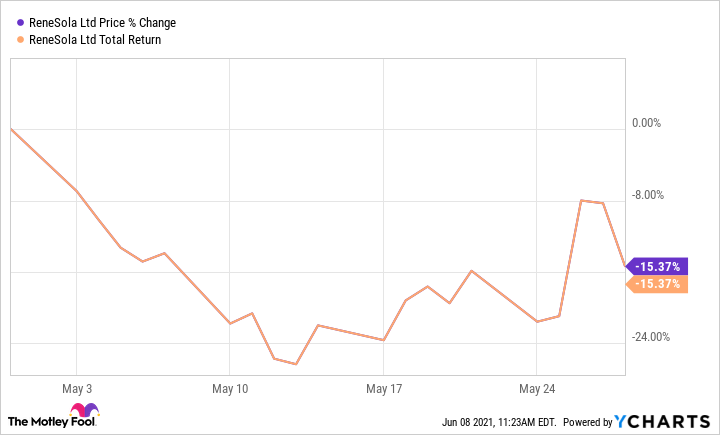 According to ReneSola's announcement, the company expected to report first-quarter revenue of about $20 million -- the upper end of its forecast range of $18 million to $20 million -- and a gross profit margin of about 15%. Rather than being excited at the prospect of the company hitting the high end of its revenue guidance, investors were concerned about the company's inability to increase sales from the $21.2 million it booked in the prior-year period.

Beyond the lack of enthusiasm generated by the company's earnings preview, the sell-off last month was consistent with the market's overall bearish sentiment toward solar stocks early in May. That was in part driven by a growing belief that interest rates will soon be rising, which could make the development of solar projects less lucrative.

While ReneSola didn't shine brightly for most of May, investors did warm up to it after the company officially released its Q1 earnings. Shares closed 16% higher on the day after the report. Exceeding its own expectations, ReneSola reported revenue of $22.8 million and a gross profit margin of nearly 30% -- far outpacing the 15% gross profit margin that management had forecast.

Following the unexpectedly strong earnings report, investors are feeling more upbeat about ReneSola. Its shares have risen more than 12% so far in June. Although the company's revenue growth and strong gross profit margins are positive signs, they hardly suggest that investors should rush out to pick up ReneSola shares. There are plenty of more compelling solar stock options to consider.