Please ensure Javascript is enabled for purposes of website accessibility
Log In Help Join The Motley Fool
Free Article Join Over 1 Million Premium Members And Get More In-Depth Stock Guidance and Research
By Beth McKenna - Jun 9, 2021 at 10:00AM

Despite significantly pulling back recently, this marijuana stock remains an outperformer over the last year.

Village Farms International (VFF -1.73%) stock declined 12.7% in May, according to data from S&P Global Market Intelligence. The catalyst behind the decline was the Canada-based cannabis player's release of first-quarter results that disappointed some investors. 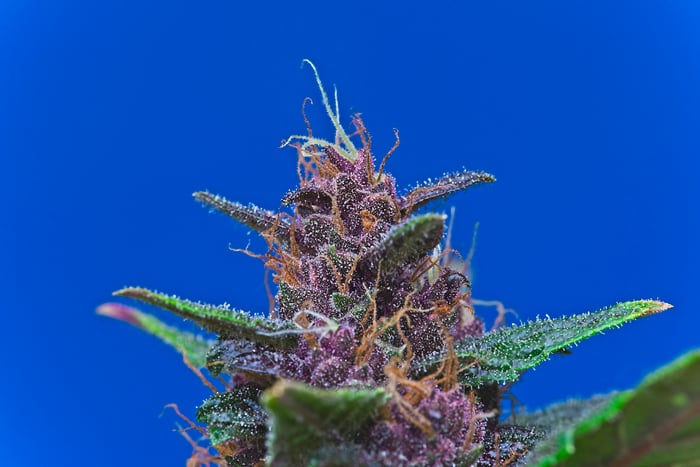 On May 10, shares of Village Farms plunged nearly 25% following the company's release of its weaker-than-expected first-quarter results, though by the end of the month had recouped about half of this drop.

In Q1, revenue surged 63% year over year to $52.4 million, however this result overstates the company's performance. In the year-ago period, cannabis revenue was not included in total revenue because Village Farms didn't fully own its Pure Sunfarms subsidiary at that time.

So, let's break down the revenue result. In Q1, the company's net produce sales rose 9% year over year to $34.9 million. The cannabis business generated net sales of $17.4 million, up 33% from $13.1 million in the year-ago period. In constant currency (Canadian dollars), net cannabis sales rose 23% year over year.

CEO Michael DeGiglio, in the earning release, commented on cannabis sales, "[Pure Sunfarms] delivered its third consecutive quarter of strong sequential growth in our priority sales channel, retail branded sales -- up 20% from the fourth quarter -- and is especially encouraging given the softness in the Canadian market due to pandemic restrictions, which stalled sales growth for the rest of the industry."

Net loss was $7.4 million, or $0.10 per share, down from net income of $4.2 million, or $0.08 per share, in the year-ago period. That result fell short of the Wall Street consensus estimate of a loss of $0.02 per share. The company attributed the decline in the bottom line to "a lower gross margin from Pure Sunfarms ... and higher companywide selling, general and administrative expenses and share-based compensation." 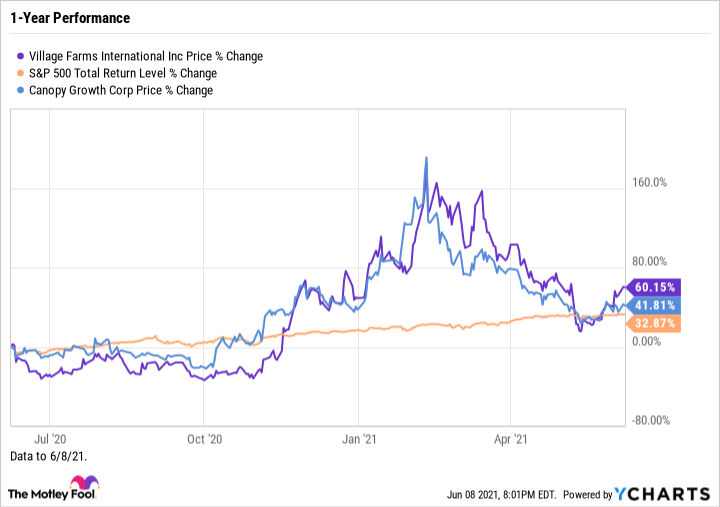 Data by YCharts. Canopy Growth stock -- often considered a bellwether for the cannabis sector -- is included for context.

Investors' main focus should continue to be on Village Farms' cannabis business, which is in the market that has huge long-term growth potential.

Village Farms remains one of the two top cannabis stocks to buy now.