Please ensure Javascript is enabled for purposes of website accessibility
Log In Help Join The Motley Fool
Free Article Join Over 1 Million Premium Members And Get More In-Depth Stock Guidance and Research
By Alex Carchidi - Jun 12, 2021 at 6:26AM

If the pivot is successful, absolutely.

Meme stocks have a reputation for being bad buys. However, there's nothing that says a popular penny stock can't leverage the fervor of retail investors to help it become something more formidable.

Case in point: The much-maligned Sundial Growers (SNDL 5.67%) recently took advantage of its WallStreetBets-driven share price surge to issue a boatload of new stock and warrants, thereby raising enough money to completely change the trajectory of the company.

Currently a business that is focused on growing cannabis for sale in Canada, Sundial is now in a position to go global -- but not in the way that investors might expect. It's departing from its roots by getting into banking for the cannabis industry. And if this out-of-left-field pivot goes as management hopes, there's a healthy chance that it could pay off big for shareholders. 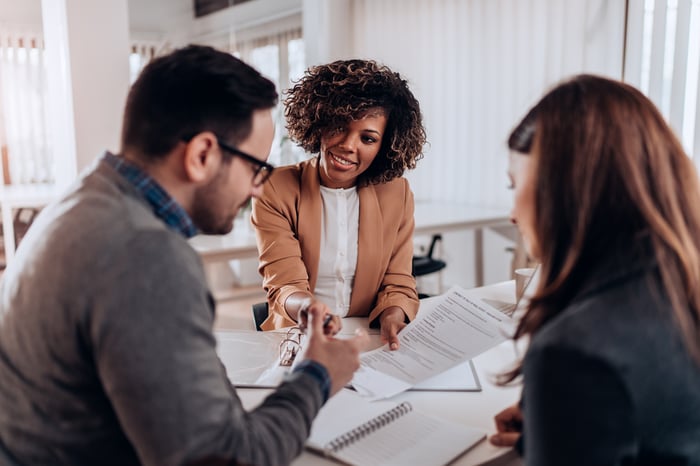 Banking may be boring, but for Sundial it beats watching the grass grow

Sunstream Bancorp, the joint venture Sundial announced in March with Canadian alternative investment management firm SAF Group, aims to make money by issuing loans and investing in cannabis companies and marketable securities. While details are still scarce, it's clear that there's a significant opportunity here. Offering financing services to businesses in the U.S. marijuana market could be quite attractive, as many of the cannabis cultivators there are unable to access traditional financing due to restrictive federal regulations. Likewise, small and medium-size cannabis businesses worldwide would benefit from easier access to funding. Sundial's initial commitment to the venture will be around $188 million for a project it calls the Special Opportunities Cannabis Fund, but that might just be the start.

How could such a move make sense for a company that's primarily built around growing and selling cannabis? In fact, it's not as crazy as it might seem because Sundial is already operating like a cannabis investment bank. Last quarter, its $96 million in loans and investments yielded $15.7 million in revenue. For reference, its gross cannabis revenue was only $11.7 million, down 30% compared to the prior quarter. While only $2.8 million of its investment revenue was from interest payments or fees (the rest came from realized or unrealized changes in the value of its marketable securities), it's important to recognize that the company's pivot is just starting.

The key to maintaining and expanding this investment revenue will be Sundial's war chest of $1.08 billion in cash and equivalents. That's a tidy sum, and $752.7 million of it is unrestricted. There are two reasons to believe that this unrestricted cash balance will be used aggressively for lending and the purchase of investments. First, the company has no outstanding debt, so the money isn't earmarked for repayment. Second, in the words of CEO Zach George, "we do not plan to pursue top line advancement without profitability nor the maintenance of market share at any and all cost."

In other words, that pile of cash probably won't be used to fund a massive scale-up in operations until there is a near guarantee of producing greater returns.

The company's pivot toward investing has a few important implications for shareholders and potential buyers. Most importantly, investment revenue will now be marked as revenue from operations. That exposes the company to additional risks, as fluctuations in the market prices of its holdings could prevent it from selling them to make money. It also tends to make the accounting a bit wonky. In its most recent earnings report, Sundial had a net loss of $134.4 million. But, $129.9 million of that net loss was a result of changes in the fair value of the company's derivative warrants. There wasn't any actual cash impact. So, investors will need to read the fine print rather closely moving forward.

But will it be good for shareholders?

In a word, yes. While the market for cannabis products is crowded, the market for cannabis financing services is much less busy. That's especially true in the U.S., which is the marijuana mega-market of the near future. As few as one in 30 banks and credit unions in the U.S. will accept a cannabis business as a customer, because marijuana remains illegal at the federal level. This may eventually change, but in the meantime, Sundial is ready to step in to address at least some of the gap between the financing cannabis businesses need and what they can actually secure.

Remember, last quarter Sundial made more from its investments than it made from marijuana sales. It hasn't even deployed the majority of its capital yet, and Sunstream Bancorp is just barely getting off the ground. That bodes well for the company and the stock over the next year or so.

Nonetheless, Sundial still has a lot to prove about its merits as a cannabis investment bank. If it can continue to reliably turn its cash hoard into investment revenue and scale up its efforts, it will become a totally different -- and better -- company than the clunky cultivator that it has been. So, while I wouldn't bet the house on it, Sundial definitely has the potential to significantly enrich investors who buy its stock now.