These industry leaders could take your portfolio to the next level.

After enjoying an impressive run through much of last year and the first couple months of 2021, several popular growth stocks have seen a significant pullback. Tech stocks, in particular, have fallen out of favor as investors have prioritized reopening plays, but the cool-off is also creating the opportunity to build positions in hot companies at now-attractive prices.

Backing leaders in growth industries can be a path to explosive gains, and staking long-term positions in just a handful of big winners can play a defining role for your overall returns. With that in mind, read on for a look at three growth stocks that have big potential and are worth adding to your portfolio today. 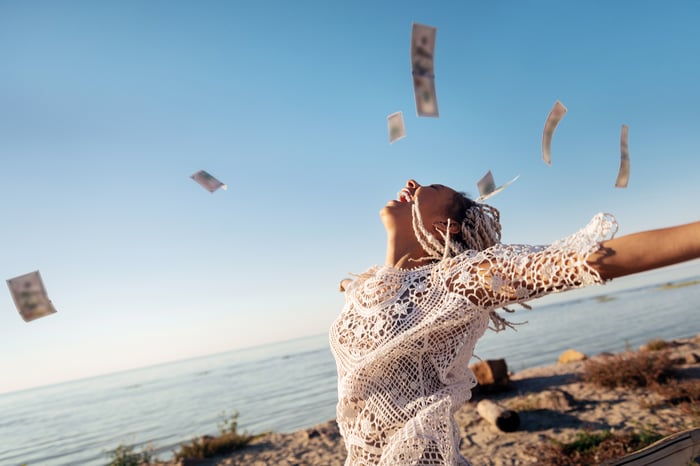 The Trade Desk's (TTD 4.97%) digital advertising platform uses data analysis and artificial intelligence to make targeted ad campaigns more effective across a variety of channels. The stock trades down roughly 40% from its lifetime high following sell-offs for the broader technology space and shifts in attitude regarding user privacy from popular user platforms like  Alphabet and Apple that could hinder growth for digital advertising companies.

However, the long-term demand outlook for the company's services remains encouraging, and The Trade Desk stock could bounce back and go on to reach new highs.

The Trade Desk provides programmatic advertising services for streaming video platforms, and near-term growth in the category will likely be significantly weaker following the massive engagement surge driven by social-distancing conditions. However, the company's potential to benefit from improving economic conditions may also be underappreciated.

The Trade Desk has gotten crushed like many growth-dependent technology stocks amid the market's pivot to value-focused reopening plays, but the company stands to enjoy some significant benefits from renewed commercial activity. With consumer spending increasing and businesses restarting growth initiatives, momentum in the digital ads market could pick back up.

Growth for programmatic advertising in streaming video and other markets is still in early innings, and The Trade Desk is poised to be a long-term winner in the space.

Top video games post levels of engagement and monetization that surpass leading releases in nearly every other entertainment medium, and strong players in the space could deliver great returns for shareholders. For nearly 40 years, Electronic Arts (EA 0.50%) has been shaping the development of interactive entertainment, and the company's growth story is still just getting started.

The video game industry is relatively young in the scheme of things, and EA's collection of development studios, marketing expertise, and bankable franchises including FIFA, Madden NFL, Battlefield, and Apex Legends put it in a good position to benefit from the growth of the medium. The company is looking even stronger following its recent acquisition of Glu Mobile.

As someone who owned Glu Mobile stock prior to the buyout and thought it had the potential to see big growth, it looks like EA got a good deal with the $2.4 billion purchase. Increasing adoption for powerful mobile hardware and the growing availability of high-performance internet connections are expanding the reach of the global games industry, and Glu could play an important role in powering EA's growth push in the mobile market.

EA stock has climbed just 6% over the last three years, but it looks like the company could be primed for a rally. With its stock trading at roughly 23 times this year's expected earnings, shares look non-prohibitively valued and could deliver a big upside.

Match Group (MTCH -2.58%) is another technology stock that should see benefits as some territories begin to move past pressures created by the coronavirus pandemic. The company owns a portfolio of dating apps that includes Tinder, Hinge, Plenty of Fish, OkCupid, and Match, and engagement for its services will likely climb as the world moves closer to a state of normalcy.

Match has shown it can post profits and increase sales even as it's faced headwinds and continued to make substantial investments, and the business has a favorable growth outlook. Even with major pandemic-related challenges, Match was able to grow its annual revenue 17% in 2020, and sales growth accelerated from that level to hit 23% in the first quarter.

More people already meet new romantic partners through dating apps than through any other channel, and the online dating industry still has big room for growth. Tinder ranked as the top-grossing non-gaming application worldwide through the 12-month period ending in March, and the service's massive draw combined with the strengths of the other dating apps in its arsenal make Match the clear leader in the online dating space.

The company estimates that roughly 60% of relationships started through an online dating service begun on one of its platforms, and it's positioned to benefit as people increasingly get back out in the world and start looking for love again. Trading at roughly 59 times this year's expected earnings, Match has a growth-dependent valuation, but the company is a clear category leader and looks primed for strong performance.