Pfizer (NYSE:PFE) stated in May that it expected its COVID-19 vaccine will generate sales totaling close to $26 billion this year. However, that amount was based on supply agreements in place at the time.

Since then, Pfizer and its partner BioNTech (NASDAQ:BNTX) have landed additional supply deals. The biggest of these was announced only a few days ago. But this major agreement won't be profitable for Pfizer. Here's why it is about to sell 500 million doses of its COVID vaccine without making a dime. 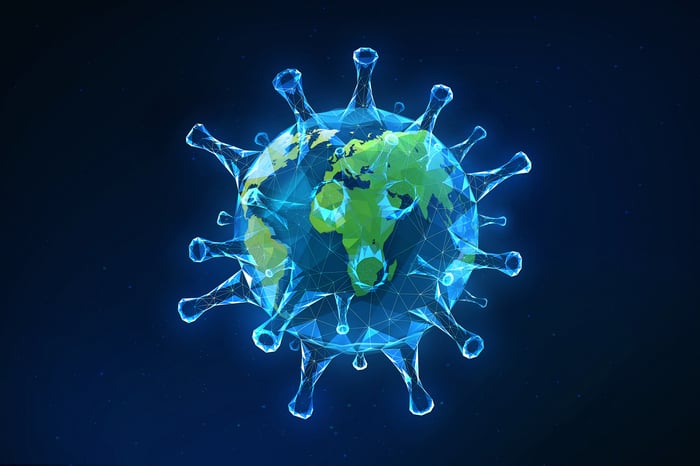 The U.S. doesn't need any more COVID vaccines to immunize Americans this year. So why is the federal government buying so many more doses from Pfizer and BioNTech? Because there's still an urgent need for vaccines in other parts of the world.

All of the 500 million doses of the Pfizer-BioNTech vaccine will be donated by the U.S. to around 100 low- and lower-middle-income countries, including those in the African Union.

No financial details were revealed with this latest supply agreement, but Pfizer's press release stated that the 500 million doses would be provided at a "not-for-profit price."

What's in it for Pfizer?

The COVID pandemic has dramatically improved Pfizer's public standing. In the latest Axios Harris corporate reputation survey, the drugmaker ranked No. 7, up 54 spots from last year.

Big pharma companies aren't always viewed in a positive light, for various reasons. Now, though, Pfizer is receiving favorable publicity as a result of the major new supply deal with the U.S.

There's also another reality at work here. Pfizer and BioNTech won't be able to charge full price for their vaccine in less-wealthy countries, so the companies aren't forgoing significant profits with the latest deal with the U.S. government.

Could supplying 500 million doses to be used in helping other countries across the world give Pfizer an edge in winning future for-profit supply agreements with the U.S.? It's possible.

To be sure, there was no quid pro quo included with the agreement. But the Biden administration could remember Pfizer's helpfulness when decisions are made about vaccine purchases for the U.S. over the next few years.

Investors didn't jump up and down over the news of the Pfizer-BioNTech big supply deal. Pfizer's shares are even down slightly since the agreement was announced, although other market dynamics likely caused this decline.

Maybe the decision to sell millions of doses at cost won't help the big pharma stock now or in the future. But I think that Pfizer is doing the right thing in this case. Over the long run, doing good often leads to good things for individuals. I think that could be true for companies as well.