Please ensure Javascript is enabled for purposes of website accessibility
Log In Help Join The Motley Fool
Free Article Join Over 1 Million Premium Members And Get More In-Depth Stock Guidance and Research
By Rachel Warren - Jun 18, 2021 at 6:49AM

Don't wait to jump on this red-hot tech company and unstoppable dividend stock.

The state of the stock market in recent weeks hasn't been for the faint of heart. Whether the volatility investors are currently seeing actually foreshadows another market crash is anyone's guess, and trying to time the market to predict the best windows for buying stocks can be a recipe for disaster.

No matter how worried you may be about a crash, it's always a great time to invest in high-quality stocks that generate wealth-building portfolio returns. To that end, let's take a look at two top stocks that can help your portfolio navigate the next market storm and provide meaningful sources of growth for years to come. 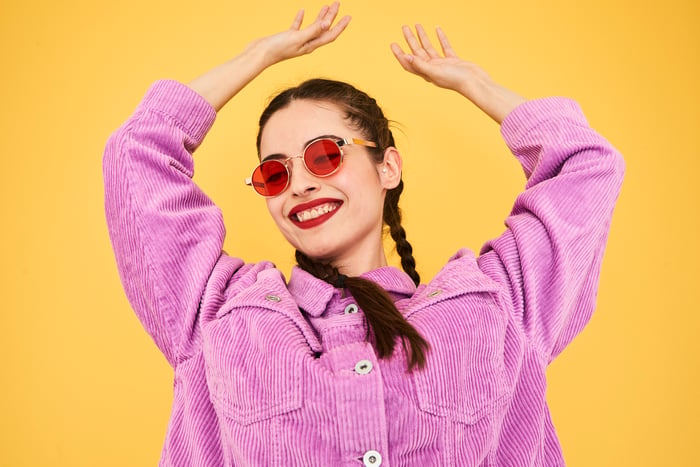 Facebook (META 2.25%) is hardly a new choice for long-term investors, but it's the type of stock you can add more of to your portfolio time and time again. The popular FAANG stock has gained approximately 25% since the beginning of 2021, and is up an eye-popping 41% compared to the same time last year.

Facebook continues to control a massive share of the social media industry. According to Statista, "Facebook accounted for nearly 71.8% of all social media site visits in the United States in May 2021." The company's ever-increasing market share is also driving exponential balance sheet growth.

2020 was just another strong year in the books for Facebook, during which its total revenues increased 22% and its net income rose 58%. But Facebook's financial performance in the first quarter of 2021 left these figures in the dust. The company reported that its revenues surged 48% year over year during the three-month period.

If you're wondering whether it's too late to buy Facebook on account of its upside potential, the answer is a resounding no. Facebook has plenty of juice left in it for long-term investors. And analysts currently estimate that the company can consistently deliver more than 20% average annual earnings growth for at least the next five years.

After nearly two decades in business, Facebook continues to expand its market share and reassert its dominance of the social media sphere. This is a premium stock you can hold onto through both market highs and lows, one that can generate consistent growth and maximize your portfolio returns.

Healthcare stock AbbVie (ABBV 1.07%) is another golden egg to have in your basket before the next market crash rolls around. AbbVie spun off from Abbott Laboratories in 2013, and its former parent company is a veteran member of the elite stock club known as Dividend Aristocrats.

Stocks that snag the title of Dividend Aristocrats must raise their dividend for 25 consecutive years, and Abbott has done so for nearly 50. As a spinoff of Abbott, AbbVie is also considered a member of the Dividend Aristocrat club. It yields a robust 4.5% for investors at the time of this writing.

The biggest concern some investors have about AbbVie is the looming loss of U.S. patent protection for its blockbuster drug Humira in 2023. Humira is an immunosuppressive drug used to treat a range of conditions from arthritis to Crohn's disease. It raked in more sales than any other drug in the entire world in 2020 -- amassing total net revenues just shy of $20 billion during the 12-month period.

Case in point: International sales of Humira were down 14% in 2020, but still totaled nearly $4 billion. In short, heightened competition in the U.S. will certainly detract from Humira's sales come 2023, but that doesn't mean that sales of the drug can't still inject healthy growth into AbbVie's balance sheet over the long term.

It's also important to note that AbbVie has a rock-star portfolio of top-selling drugs besides Humira. These include plaque psoriasis drug Skyrizi, cancer drugs Imbruvica and Venclexta, and rheumatoid arthritis drug Rinvoq. Moreover, AbbVie's acquisition of Allergan last year ushered well-known product names like Botox into its portfolio of lucrative products.

If you're looking for steady portfolio growth and attractive dividend income to anchor your portfolio in the next market storm, AbbVie offers shareholders the unbeatable combination of both.