You can still find stocks today trading at low prices that will reward you in the long term. But if you only have $500 to invest right now, you can also invest in Amazon, or shares of other companies that cost a lot of money, through fractional shares. 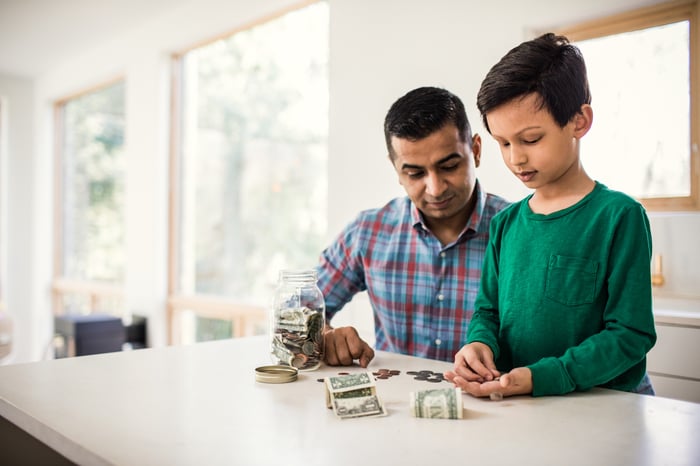 Amazon is the second-largest company in the U.S. according to sales, behind mega-retailer Walmart (NYSE:WMT). It posted a 38% sales increase in fiscal 2020, followed up by a 44% increase in the 2021 first quarter. That's huge for a company that sells essentials, and much higher than any other essentials company, including Walmart, Target (NYSE:TGT), and Costco (NASDAQ:COST).

You can counter that Amazon sells more than essentials -- and you'd be right. But in the 2021 first quarter, Amazon Web Services, the company's cloud computing arm, increased 32%, while North American sales grew 40%, and international sales grew 60%. Without AWS, Amazon's merchandise falls in line with other companies' product lines. But Amazon still produced higher sales growth than its competitors during the pandemic.

There's good reason to believe this growth streak can continue, even if it begins to decelerate as the economy opens and people begin to spend elsewhere. Amazon has its finger in many pies, and it added several new businesses over the past 12 months. These include Amazon Pharmacy, where it recently launched a $6 for six months prescription program for Prime members, and a greater presence in physical retail, where it has a 100 store count and growing.

Plus, things are heating up in the streaming wars, and Amazon just made a bid to expand its offenses with the acquisition of Metro Goldwyn Meyers (MGM) Studios. This move adds around 4,000 titles, plus new studio films, to the Amazon Video library, and brings it up to match Netflix's (NASDAQ:NFLX) and Disney's (NYSE:DIS) film rosters.

Amazon's growth is far from over, and it's a great option for growth-oriented investors who are looking for growth opportunities with some safety. But with a price tag at over $3,200, it may seem out of reach for smaller retail investors.

There are many other stocks investors can buy with $500, including all of the other stocks mentioned in this article. Even with those, however, you wouldn't get too many shares; one of Netflix or Costco, two of Target or Disney, and three of Walmart, all with a bit remaining. But with fractional shares, your money goes further. The remainder of your $500 could still buy shares of the stock, and all of the money could work for you. Let's see how. 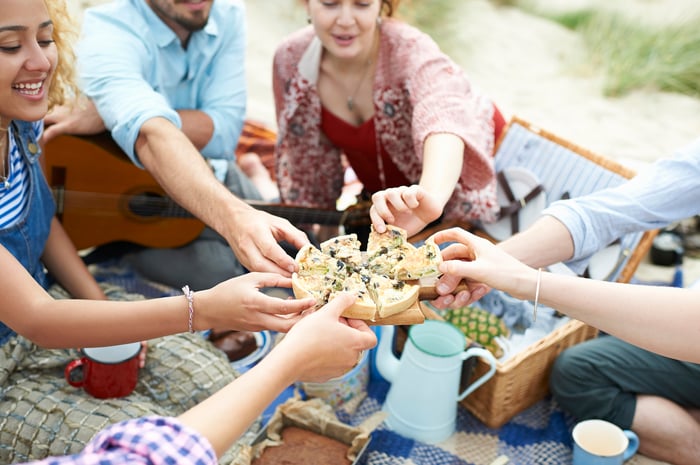 The ability to purchase any stock, no matter the price

If you want to benefit from Amazon stock's potential gains, you can buy a piece with fractional shares.

Many companies split their stock when the price gets too high, to counteract a perceived disadvantage of buying higher-priced stock. Before large brokerage houses began to sell fractional shares, that was a real issue. A recent high-profile case of a stock with a high price that split is tech company Apple, which has split its stock several times over the years, including a 4-for-1 stock split last July. Shareholders received four shares for each one they owned at a quarter of the price, which became $125 instead of $500.

With fractional shares, that's no longer a real issue, although it might still be a perceived issue. Buying fractional shares is the same idea of a stock split, without the company breaking up the shares.

For example, if a share of Netflix is trading at nearly $500, you could still purchase a quarter of a share for $125, the same way you'd get a share of Apple for that price after the stock split. Your part of the share would grow the same way a whole share grows, and you'd get the same percentage of any gains. If the stock grows 10%, your money would still gain 10%. Apple shares are still trading around the split price, but if they would grow 100% to $250, or in the Netflix case, if shares would double to $1,000, you'd have the same $250 or a quarter of the total.