Exchange-traded funds (ETFs), by their very nature, are diversified investment vehicles because they include a mix of stocks within an index. But in an individual's portfolio, it's important to diversify investments further with funds that represent different asset classes, as well as funds that track various segments within an asset class, like stocks.

Mid-cap ETFs, which track mid-sized companies, are an important diversifier as they are generally not as volatile as small caps but often have higher growth potential than large-caps. Let's take a look at the two most popular ETFs within the mid-cap space. Which is the better buy?

The Vanguard Mid-Cap ETF (NYSEMKT:VO) is the second largest mid-cap ETF with about $50 billion in assets under management. It tracks the CRSP US Mid Cap Index, which measures the performance of about 365 mid-sized companies. It includes companies that fall between the top 70% to 85% of investable market capitalization, so it measures the larger end of the mid-cap spectrum with a median market cap of about $25 billion. 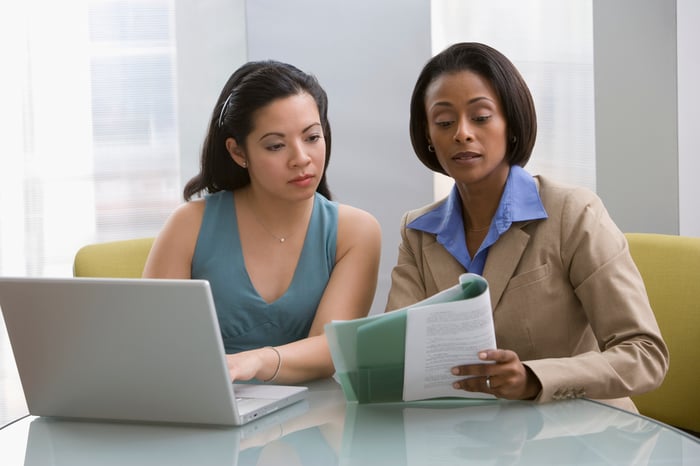 It has a mix of growth and value names, and is categorized as a blend fund. The three largest holdings as of May 31 are IDEXX, IQVIA Holdings, and Centene. About 18% of the portfolio is in technology names, while 15% is in consumer discretionary, and another 15% is in industrials.

The iShares Core S&P Mid-Cap ETF (NYSEMKT:IJH) is the largest mid-cap ETF on the market with about $63 billion in assets under management. It tracks the S&P Mid-Cap 400 Index , which includes the 400 largest mid-cap stocks as measured by the S&P. Mid-caps cover a pretty broad and nebulous swath of the market, depending on which fund or index you are looking at. This one generally tracks a different range than the Vanguard fund, including stocks with market caps between $3.3 billion and $11.8 billion, as those are the parameters for the S&P Mid-Cap 400.

The ETF's three largest holdings are Bio-Techne Corp., XPO Logistics, and Fair Isaac. Industrials has the highest representation making up 18% of the portfolio, followed by financials and consumer discretionary at 15% each. The ETF is categorized as mid-cap growth.

They are slightly different in that the Vanguard ETF tracks the larger end of the mid-cap spectrum and is a blend of growth and value, so it has a lower average price-to-earnings ratio and standard deviation, which is a measure of volatility. The iShares ETF, which has smaller companies, exhibits more growth characteristics and has slightly higher volatility measures.

Both are good buys but if I had to pick one, I'd probably go with the Vanguard Mid-Cap ETF as the expense ratio is ever-so-slightly lower and it has lower volatility measures, yet performance over the long-term is basically the same.