The Supreme Court dealt shareholders a blow in a long-standing case in which they claimed that Fannie Mae and Freddie Mac overpaid the Treasury by roughly $124 billion.

Shares of two government-sponsored entities got creamed today after the Supreme Court threw out part of a case that might have brought tens of billions of profits back to shareholders. The stock of the Federal National Mortgage Association (FNMA -1.67%), or Fannie Mae, fell more than 32% today, while shares of the Federal Home Loan Mortgage Corporation (FMCC -2.71%), or Freddie Mac, fell nearly 37%.

Preferred shares of Freddie and Fannie got hit even harder, for no obvious reason as far as I can tell. For instance, shares of Federal National Mortgage Association 7.625% noncumulative preferred shares fell 60% today.

Fannie Mae and Freddie Mac buy mortgage loans from banks and other lenders in order to provide liquidity to the mortgage market, so those lenders have the money to keep making loans. The two then package the mortgages they buy into securities and sell those mortgage-backed securities to investors. The big difference is that Fannie buys its mortgages from larger commercial banks, while Freddie buys them from smaller banks

During the Great Recession, Fannie and Freddie took on too much exposure to sub-prime mortgages and had very little in capital reserves to cover their exposure. As the losses began to pile up, the government concluded that it would have to step in, to protect the liquidity of the mortgage market. The Treasury Department agreed to provide up to $100 billion each in taxpayer funds for Fannie and Freddie in return for senior preferred stock.

The deal also meant putting the two companies under government conservatorship under the Federal Housing Finance Agency (FHFA), which regulates the now government-sponsored entities. By 2012, Fannie and Freddie had drawn $187 billion from the Treasury. Initially, the two were supposed to make fixed-interest payments back to the Treasury, but eventually that agreement was amended to have them simply hand over their profits -- above the capital reserves they needed -- back to the Treasury. 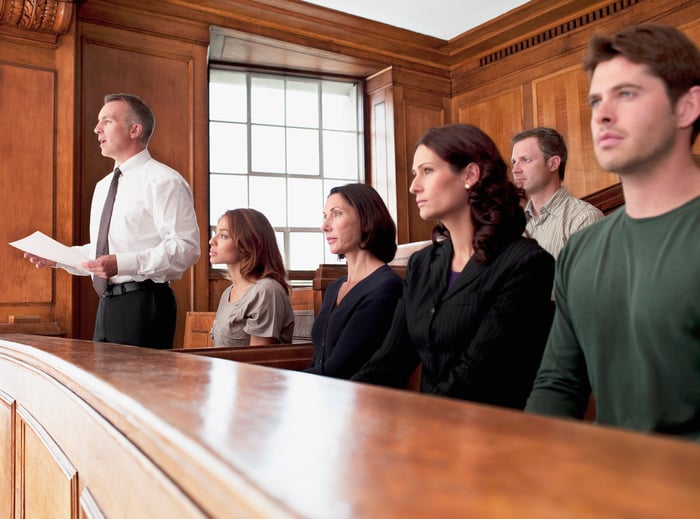 And this is where the lawsuit comes in. Starting in 2013, the financial condition of Freddie and Fannie improved, and the two began returning lots of money to the Treasury. Between 2013 and 2016, Fannie and Freddie paid more than $200 billion back to the Treasury, and have paid $300 billion in total to the department. Shareholders claim this is $124 billion more than they would have owed under the initial fixed-interest payments during those four years.

Fannie and Freddie shareholders claimed in their suit that the FHFA exceeded its statutory authority as the companies' conservator by essentially agreeing to give all profits to the Treasury. Shareholders also claimed that the structure of the FHFA is unconstitutional because it has a sole director whom the president can only remove "for cause."

The Supreme Court dismissed shareholders' first claim regarding statutory authority, but did leave an opening for the second claim. Justice Samuel Alito wrote that "the possibility that the unconstitutional restriction on the President's power to remove a director of the FHFA could have such an effect cannot be ruled out."

But perhaps another disappointment for shareholders is that the lawsuit now enables the White House to remove FHFA Director Mark Calabria from his post, which it did swiftly following the ruling from the Supreme Court. Calabria had been a proponent of quickly exiting Fannie and Freddie from conservatorship. That likely would have benefited both of their stocks, which haven't touched $5 per share since 2008.

Given the reaction of the market, it seems like the ruling came as a bit of a shock. The case is not completely finished and has been sent back to the lower courts, where investors can still argue their second claim regarding the difficulty of removing the FHFA director by the president. But Elliot Stein, an analyst for Bloomberg Intelligence, said the Supreme Court decision effectively means that shareholders "can't recover the bulk of the overpayments they sought."

The removal of Calabria is also likely not good for Fannie and Freddie shareholders, either, because it could make a full exit from conservatorship less likely, or at least a lot slower.

At the beginning of the year, the FHFA struck a deal with the Treasury allowing the two entities to retain all their profits in order to meet new capital rules set by the FHFA. But this could take awhile. Meanwhile, Fannie Mae and Freddie Mac are still currently unable to raise private capital or issue shareholders a dividend while the Treasury has preferred shares, and while the two are under conservatorship -- two factors that are not appealing for investors.