Please ensure Javascript is enabled for purposes of website accessibility
Log In Help Join The Motley Fool
Free Article Join Over 1 Million Premium Members And Get More In-Depth Stock Guidance and Research
By Keith Speights - Jun 29, 2021 at 5:55AM

The drugmaker could lose millions of dollars, but investors don't seem to be worried.

Imagine having a product that generated sales of $919 million last year. Now picture having to stop deliveries of that product not just in one market but across the entire world. That's the situation that Pfizer (PFE -1.18%) finds itself in right now.

The healthcare giant recently revealed that it has suspended the global distribution of Chantix. The smoking cessation medication ranked as the company's eighth-best-selling product in 2020. Here's why Pfizer put the brakes on shipments of one of its top-selling products. 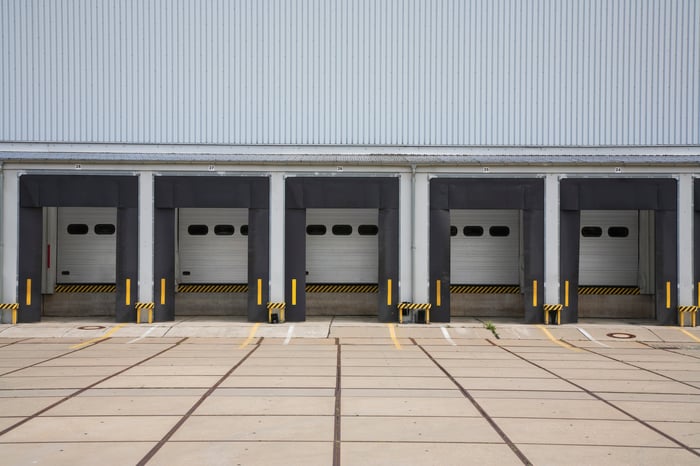 Chantix, sold outside the U.S. as Champix, has long been a go-to product for cigarette smokers to kick the habit. The fear of potentially getting cancer ranks as one of the top reasons why many individuals choose to use smoking cessation products to quick smoking. Ironically, Pfizer has stopped shipping Chantix because of impurities found in the product that could cause cancer.

The company stated that it found nitrosamines in some manufacturing lots of Chantix. Nitrosamines are commonly found in water and in foods. However, they can potentially increase the risk of cancer when individuals are exposed to them above certain levels and for long periods of time.

A Pfizer spokesperson told Reuters via an email, "The benefits of Chantix outweigh the very low potential risks, if any, posed by nitrosamine exposure from varenicline [the generic name for Chantix] on top of other common sources over a lifetime." However, the company opted to halt shipments as a precautionary step.

The U.S. Food and Drug Administration (FDA) established levels of nitrosamines in medications that it deems acceptable. The agency requires drug manufacturers to conduct risk assessments related to nitrosamine impurities in their marketed products. If drugs contain nitrosamine levels that exceed the acceptable level, the FDA can make a company recall the product. Pfizer has not issued a recall of Chantix in the U.S. but Canadian health authorities initiated a recall of the product (sold under the Champix brand name) earlier this month.

Pfizer is beefing up its internal testing to ensure that it detects any lots with unacceptable levels of impurities before they're shipped. The halt in the global distribution of Chantix will only be temporary, although it's unknown at this point how long it will last.

But while the pause will only be a short-term issue, Chantix faces longer-term challenges. The smoking cessation medication began facing generic competition in the U.S. in November 2020.

In the fourth quarter of 2020, U.S. sales of Chantix plunged 40% year over year due to losing market share to generic rivals. Although international sales increased slightly, it wasn't nearly enough to offset the U.S. sales decline.

It's good to be big

You might think that this kind of bad news would weigh tremendously on Pfizer's share price. That hasn't been the case, though. The big pharma stock is actually up a little over the last month.

Investors didn't even seem to blink as the FDA updated the label on the COVID-19 vaccine marketed by Pfizer and BioNTech to warn about potential heart inflammation issues in young people. A similar label warning also applied to Moderna's messenger RNA vaccine.

This FDA warning was a non-issue for Pfizer mainly because it shouldn't impact sales of the company's COVID-19 vaccine. The pause on shipping Chantix, however, will definitely impact Pfizer's sales. So why hasn't the issue pulled the stock down? Probably the best answer to that question is that Pfizer is large enough to withstand a temporary issue with one product.

Even though Chantix remains a top-selling product for Pfizer, investors realize that it's no longer a growth driver for the company. A blip in sales for a medication that's past its prime isn't likely to cause worries as much as problems for an up-and-coming product that Pfizer was depending on to generate growth.

A smaller drugmaker would have probably seen its share price plunge if it faced a challenge similar to what Pfizer is experiencing with Chantix. The bottom line for Pfizer is that it's good to be big.