Please ensure Javascript is enabled for purposes of website accessibility
Log In Help Join The Motley Fool
Free Article Join Over 1 Million Premium Members And Get More In-Depth Stock Guidance and Research
By Bram Berkowitz - Updated Jun 30, 2021 at 10:04AM

This stock has produced strong, consistent earnings over the past decade, and also showed in recent stress testing that it would perform resiliently in a severe recession.

Bank stocks tend to be heavily impacted by the state of the economy, trading higher when there is economic prosperity and lower during times of recession. That's because banks lend to and do business with just about every sector in the economy. This may explain why the sector got hit particularly hard last year during the hardest months of the pandemic, but has seen an outsized recovery this year compared to the broader market. Due to this factor, it is important to look for bank stocks that produce strong earnings in a booming economy, but are also protected during a downturn.

Luckily, the Federal Reserve recently released its annual stress testing results, where it puts banks through a hypothetical severely adverse economic situation and models out how the largest U.S. banks would perform. After seeing these results, here's one bank stock that I feel confident is able to perform strongly in times of boom or bust.

It's no secret that U.S. Bancorp (USB 0.64%) is one of the stronger super regional bank stocks, if not the strongest. That's likely one of the main reasons that legendary investor Warren Buffett's company Berkshire Hathaway (BRK.A 0.55%) (BRK.B 0.42%) has essentially maintained its position in the bank while selling most of its other bank holdings over the past year.

U.S. Bancorp currently trades around 260% of tangible book value (TBV) (equity minus goodwill and intangible assets), a very strong valuation that has largely stood the test of time over the past decade. 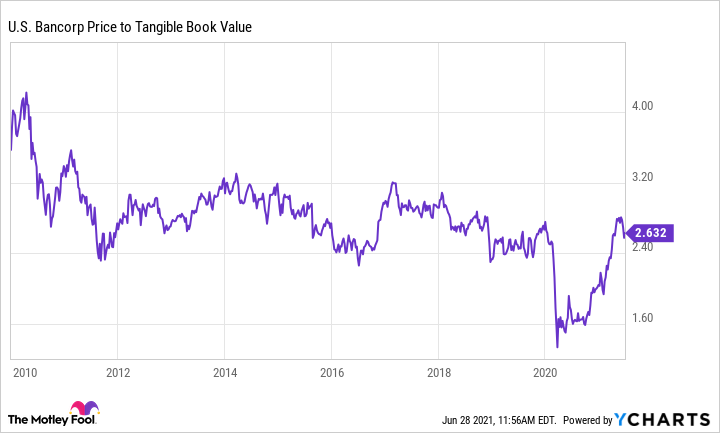 But aside from strong earnings, this year's annual stress testing conducted by the Federal Reserve, which puts banks through a hypothetical severe recession, once again showed that U.S. Bancorp can perform well during a severe downturn as well. This year, the Fed's simulation over a nine-quarter period had unemployment rising 4% and peaking at 10.75%, gross domestic product dropping 4%, and equity prices falling 55%. During this modeled scenario, U.S. Bancorp managed to maintain very healthy capital levels and generate strong earnings compared to the 22 other banks that went through the exercise. 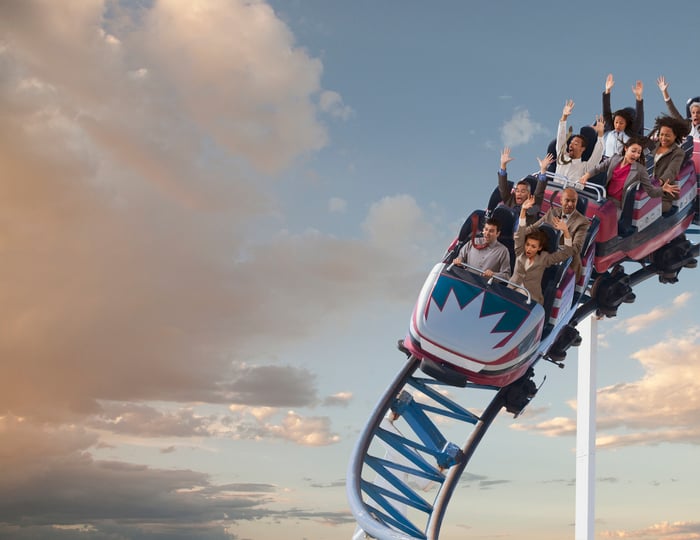 During the nine quarters, U.S. Bancorp would start with a common equity tier 1 (CET1) capital ratio of 9.7% and only get as low as 9.1%, while taking more than $18 billion in loan losses. The CET1 ratio measures a bank's core capital expressed as a percentage of risk-weighted assets such as loans. U.S. Bancorp is only required by regulators to maintain a CET1 ratio of 7%, so the fact that even in this incredibly stressed scenario, U.S. Bancorp can maintain such strong capital levels shows how well prepared it is. These high capital levels also give the bank lots of room to return capital to shareholders through dividends and share repurchases.

Part of U.S. Bancorp's ability to do this is through its strong earnings power. The Fed's stress testing showed that during the nine-quarter stressed period, U.S. Bancorp would be able to generate pre-provision net revenue (total revenue minus expenses) of $16.2 billion, and net income before taxes of $1.5 billion. That's strong during this kind of a potential downturn and also the fourth highest net income before taxes of the 23 banks put through the exercise.

Thriving in boom or bust

We've already seen U.S. Bancorp produce strong, consistent earnings over the past decade, which is why it trades at such a nice premium. Recent stress testing results confirm that the bank can maintain strong capital levels through a downturn and also produce strong earnings in a severe recession compared to its competitors. This in my mind makes U.S. Bancorp a top banking pick in times of boom or bust.