Yogi Berra once said, "You better cut the pizza in four pieces because I'm not hungry enough to eat six." Sometimes shareholders think about stock splits in a similar way. Investors seem to love stock splits, even though splits don't change any meaningful aspect of their holdings.

But lower share prices are appealing to some buyers, and many companies split shares in times of strength after shares have risen, thus forming a virtuous circle that can lead to further gains. Several high-profile companies recently have announced stock splits, including a 10-for-1 split from The Trade Desk (NASDAQ:TTD), and an upcoming 4-for-1 split by NVIDIA (NASDAQ:NVDA).

Shares of The Trade Desk and NVIDIA have soared in the months and years leading up to these splits. The Trade Desk has risen 750% in the last three years, and NVIDIA shares have jumped 218%. NVIDIA's gain is close to the 213% return from retailer Target (NYSE:TGT) in that time frame, so this makes it a good time to see if Target might be the next well-known name to split its shares. 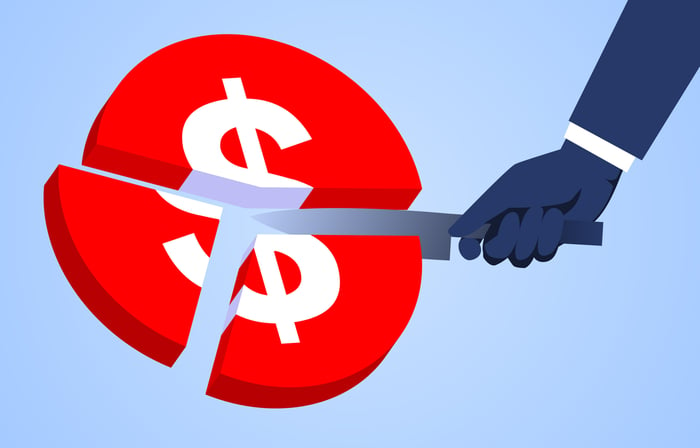 As an essential retail business, Target took full advantage to support demand during the pandemic. The retailer had already spent several years developing its digital sales channel, which was crucial to successfully navigating the unique challenges of the pandemic. Target averaged more than 25% growth year over year in digital sales for the six years from 2014 through 2019.

The company had the right pieces in place to accelerate sales once the pandemic took hold. Target's same-day delivery services, boosted by its acquisition of delivery platform Shipt, grew more than 90% in 2019. This was a strong component of its digital sales growth. Target said it gained about $9 billion in market share in 2020.

Strength in the business has continued into 2021. Comparable-store sales grew more than 20% in 2020's third and fourth quarters. And the company says it still expects comps growth on top of that in the second half of this year. This success has been noticed by investors, and the stock's return has greatly outpaced that of the S&P 500 index in the past 12 months. 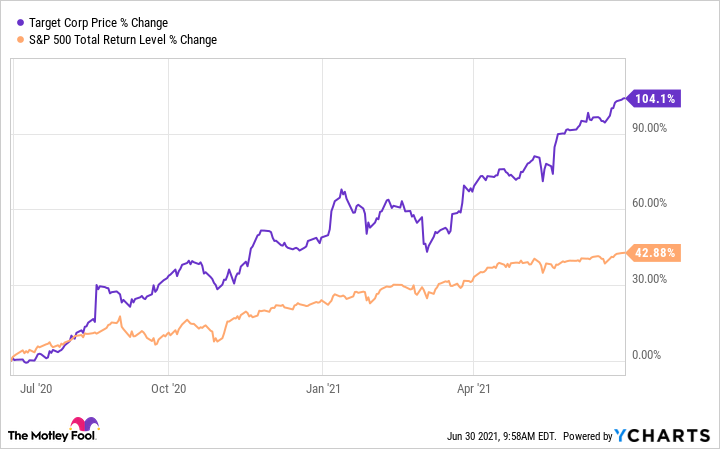 What a split means for investors

Theoretically, a stock split changes nothing with the value of the business, or the value of investors' holdings. But in reality, stocks tend to outpace the S&P 500 index after a split has been announced. A study led by David Ikenberry, a finance professor at the University of Colorado Boulder, looked at 1,275 S&P 500 stocks that were split 2-for-1 between 1975 and 1990. That group provided returns almost 8% higher after one year than stocks that didn't split; after three years, the returns were 12% higher.

The study's authors suggested that managers base decisions to split a stock on expected future performance. Investors might act on that signal, particularly as a company's performance follows management expectations. Prior to the availability of fractional shares, managers also likely wanted to keep share prices at a level more accessible to retail traders.

Target's business is certainly in a position of strength right now. With shares recently trading at about $240, it's possible that the company could follow the example of NVIDIA, The Trade Desk, and other strong performers and announce a stock split in the near future. That alone isn't the reason to buy shares, but the recent performance of the underlying business itself is.