Qualcomm (NASDAQ:QCOM) recently upgraded its most powerful mobile chipset, the Snapdragon 888, with a "Plus" version that increases its clock speed by 5% to nearly 3.0 GHz and boosts its AI processing power by about 20%. Its GPU speed will remain unchanged.

Qualcomm revealed the 888 Plus at this year's Mobile World Congress in Barcelona, and said the chipset will start powering higher-end phones from ASUS, Honor, Lenovo's Motorola, Vivo, and Xiaomi (OTC:XIACF) in the second half of 2021. 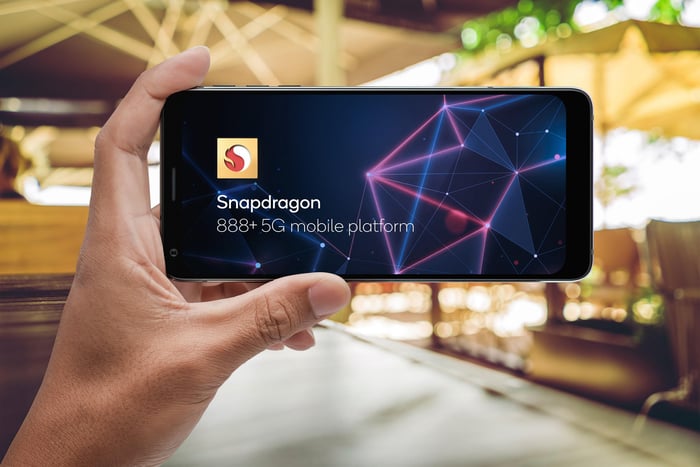 Qualcomm's stock barely budged after the announcement, and the tech pundits were similarly unimpressed. Ars Technica's Ron Amadeo, for example, declared Qualcomm did the "bare minimum" in its Plus upgrade for the 888, and called its AI improvements "ambiguous". Let's review the three main reasons Qualcomm's newest chip isn't impressing investors.

1. The weakest Plus upgrade to date

However, the 888 Plus is a less significant upgrade than the 855 Plus, which installed a 15% faster GPU than its predecessor, and the 865 Plus, which boosted the original 865's CPU and GPU speeds by 10%.

2. It's not enough to counter MediaTek

Qualcomm plans to follow up the Snapdragon 888 with a next-gen 4nm chip, but TSMC (NYSE:TSM) won't start mass producing 4nm chips until 2022. Therefore, the 888 Plus needs to hold down the fort for about another year against MediaTek (OTC:MDTKF), which actually overtook Qualcomm as the world's top mobile chipmaker over the past year.

Between the first quarters of 2020 and 2021, MediaTek's market share in mobile application processors rose from 24% to 35%, according to Counterpoint Research, while Qualcomm's share slipped from 31% to 29%. 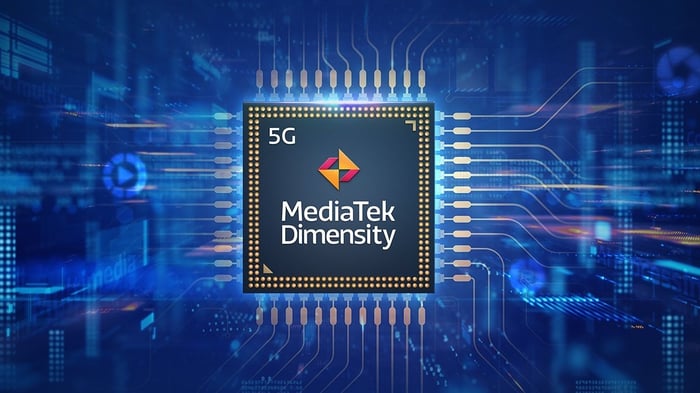 MediaTek previously focused on lower-end to mid-range devices, but it's been gradually expanding its lineup of high-end mobile chips to challenge Qualcomm.

MediaTek's top-tier Dimensity 1200 actually offers a higher clock speed than the original Snapdragon 888 at roughly a third of its price. The Snapdragon 888 still slightly beats the Dimensity 1200, which is manufactured on the 6nm node, across most industry benchmarks -- but some OEMs are likely willing to sacrifice a little performance for much higher margins. Xiaomi, Oppo, and Realme have already launched Dimensity 1200 phones since the chipset's launch earlier this year.

We've seen a similar conflict play out in the PC CPU market with Intel (NASDAQ:INTC) and AMD (NASDAQ:AMD). AMD crept up on Intel with cheaper chips that offered comparable performance, then pulled ahead in the process race after Intel suffered a series of manufacturing setbacks.

I'm not saying Qualcomm will suffer the same fate as Intel, but its market share losses and deceleration in technological upgrades should raise a few red flags. Furthermore, the ongoing chip shortage might constrain Qualcomm's supply of next-gen 4nm Snapdragons next year, which could cause even more OEMs to buy MediaTek's chips.

Qualcomm claims its sixth-generation "AI Engine" will deliver up to 32 TOPS (tera operations per second) AI performance, representing a 20% improvement over its predecessor, and that the upgrade will power "AI-enhanced gameplay, streaming, photography, and more."

That opaque measurement reflects the combined performance of Qualcomm's CPU, GPU, DSP (digital signal processor), and software for certain AI tasks, which is difficult for individual users to replicate and probably not too useful for everyday smartphone tasks. Therefore, Qualcomm seemingly mentioned its AI improvements to mask the fact the 888 Plus' main upgrade was a 5% boost to its clock speed.

On its own, the market's tepid response to Qualcomm's newest Snapdragon chip doesn't indicate it's a bad investment. However, investors should realize Qualcomm still faces tough competition from MediaTek, and a minor upgrade probably won't rally the bulls and tilt the scales in the right direction.