Shares of Global-e Online (NASDAQ:GLBE) gained 73.7% in June, according to data from S&P Global Market Intelligence. The Israel-based e-commerce services company has been hot since its initial public offering in May, benefiting from strong first-quarter results, favorable coverage from a slew of analysts, and positive momentum in the broader market. 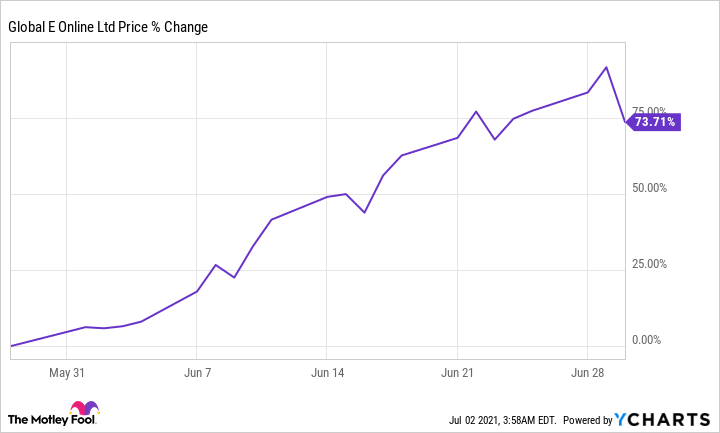 The tech-heavy Nasdaq Composite index gained 5.5% across June's trading and hit a new record high, and growth-dependent tech stocks generally delivered strong performances for the month. Global-e made its public market debut just in time to benefit from a huge tech sector rally, and coverage of the stock from major analysts was almost unanimously positive. 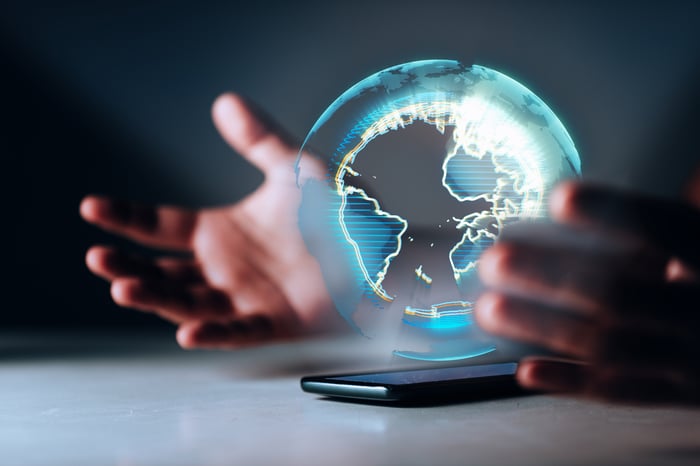 Global-e Online published its Q1 results on June 3, reporting that revenue had surged 134% year over year to $46.2 million. Gross merchandise volume on the company's platform rose 133% to $267 million, and the business posted a gross margin of 33.3%.

That report was followed on June 7 by an outpouring of bullish coverage of Global-e Online from major investment firms. Analysts from companies including Morgan Stanley, Raymond James, Goldman Sachs, Jefferies, JMP Securities, KeyBanc, and Piper Sandler initiated coverage of the stock, with each issuing a bullish rating.

It was a veritable who's who of financial services giants, and the chorus of "buy" and equivalent ratings appears to have fostered increased positive sentiment from investors. Global-e provides services that make running international e-commerce operations easier, cutting down barriers created by currency and language differences, taxes, and other factors. The business has a huge addressable market to expand into, so it's not hard to see why the market is excited about the stock.

Global-e Online stock has slipped a bit early in July. Its share price is down roughly 2% in the month so far, as of this writing. 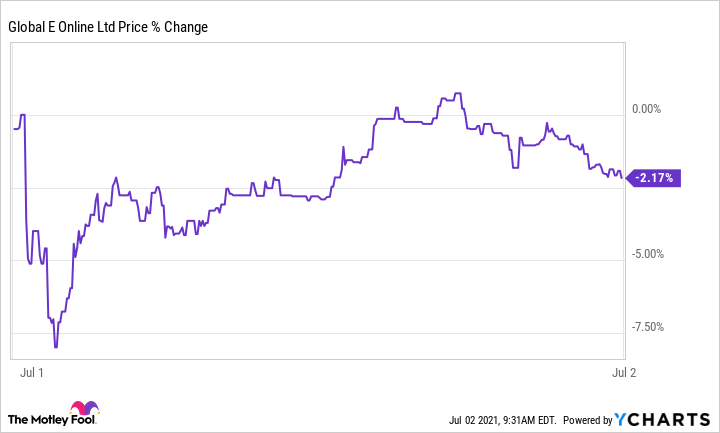 Global-e Online counts e-commerce services leader Shopify as both a customer and major investor, and their partnership could help the smaller company deliver impressive long-term performance. On the other hand, investors should proceed with the understanding that there's already plenty of anticipated growth baked into the company's valuation.

Global-e has a market capitalization of roughly $7.9 billion and generated just $136.4 million in sales in 2020, meaning that it's valued at roughly 58 times last year's revenue. The flip side is that the business grew revenues by 108% last year, and its sales growth accelerated in Q1 2021. It's also posting strong gross margins and looks to have a long runway for expansion. The company's highly growth-dependent valuation means the stock probably isn't for the faint of heart, but risk-tolerant investors seeking potentially explosive e-commerce plays may want to keep an eye on it.