Please ensure Javascript is enabled for purposes of website accessibility
Free Article Join Over 1 Million Premium Members And Get More In-Depth Stock Guidance and Research
By Christy Bieber - Jul 6, 2021 at 7:20AM

Do any of them apply to you?

Social Security benefits can be claimed starting at 62. For most people, it's not a good idea to begin benefits so early.

Sixty-two is before the age designated as your full retirement age, so early-filing penalties apply that shrink your monthly checks. You'll end up with less money each month from this guaranteed income source, and there's a good chance your lifetime benefits will be lower too.

But there's no one-size-fits-all approach -- there are three situations where it likely makes sense to start claiming your benefits at 62. Here's what they are. 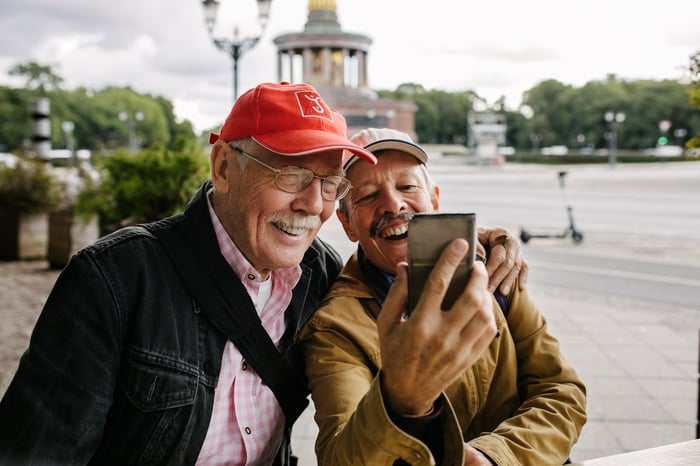 1. When you're claiming early to let a higher-earning spouse get more benefits later

Coordinating with your spouse is key to maximizing both monthly and lifetime Social Security income. If your husband or wife is the higher earner, it generally makes sense for them to wait as long as possible to start receiving their checks.

That's because early-filing penalties (which shrink checks) and delayed-retirement credits (which increase them) are applied on a percentage basis. When you delay a bigger benefit, you get a bigger payoff. Delaying checks for the higher earner can also help to maximize survivor benefits.

Sometimes, though, you'll need some Social Security benefits as a couple to enable retirement or support yourselves if you've been forced to leave the workforce. In this situation, it makes a lot of sense for the lower earner to start getting checks to hold you both over until the higher earner can max out benefits.

2. When not claiming would mean draining your nest egg

Many people end up having to leave work in their early 60s because it's not practical to stay on the job. Whether health issues or a lack of opportunities prompt retirement, you'll need money to live on.

If you aren't able to cover your essential costs while sticking with a safe withdrawal strategy, you should claim Social Security benefits as soon as possible at 62, so you can leave more of your money invested and earning returns.

Otherwise, you could end up struggling to rely on Social Security alone later once your nest egg has run dry. And even a boosted benefit that comes from delay isn't going to be enough since Social Security is designed to replace only about 40% of your pre-retirement salary.

3. When you don't expect to live very long and your spouse won't rely on your benefits

Delaying a claim for Social Security pays off only after you pass the break-even point. That's the point at which your larger monthly benefits cover the entire amount of income you missed due to delaying your benefits claim.

It takes many years to hit the break-even point. People who pass away while they are young often don't reach that milestone. If their spouse isn't going to rely on their survivor benefits, they'll end up with far less lifetime income as a result of waiting.

If you have serious health issues and don't expect to outlive your projected life expectancy, there's a good chance you could end up as one of the people who never breaks even if you delay. Consider starting your benefits at 62 so you can get as much money as you can.

By thinking about your health status, as well as the impact of your Social Security strategy on your broader financial picture, you can make the decision that's best for you on when your benefit checks should begin.