Failing to fuel investors' enthusiasm, Clean Energy Fuels (NASDAQ:CLNE) appears to have been running on empty over the past few days. During the holiday-shortened trading week, shares of Clean Energy Fuels are down 13.9% as of the market close on Thursday.

While there was no company-specific news that emerged this week, it seems the market was correcting for the stock's previous gains and responding to a competitor's announcement that could pressure Clean Energy's growth prospects. 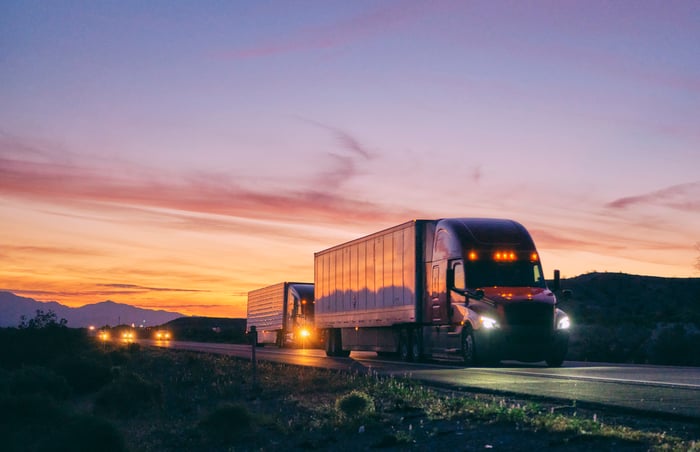 Although Clean Energy Fuels is probably a long familiar name to those who follow the renewable energy industry, it may also be recognizable to those who have taken an interest in meme stocks. Last month, the stock found itself on the lips of the Reddit crowd; consequently, shares nearly doubled over a two-week period. 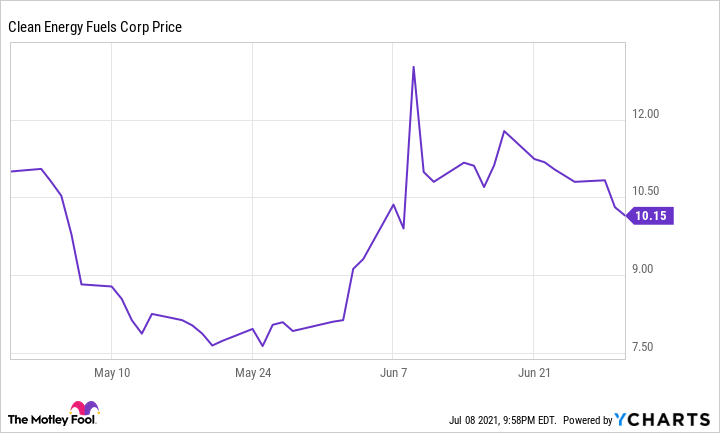 But those days are long in the rearview mirror, and it seems that the stock's decline this week is a sign of the market continuing to send the stock back down to a more reasonable level.

The other factor contributing to the sell-off was an announcement from Hyzon, the self-proclaimed "leading hydrogen fuel cell heavy vehicle company," regarding its partnership with Chart Industries. Scheduled to go public with the SPAC, Decarbonization Plus Acquisition, Hyzon announced on Tuesday that it and Chart Industries are collaborating "to develop and produce a liquid, hydrogen-powered heavy-duty commercial vehicle with a range of up to 1,000 miles." Addressing the merits of the joint endeavor, Hyzon's CEO, Craig Knight, stated, "The extended range would significantly accelerate the adoption of hydrogen FCEV over-the-road transport solutions given the reduced infrastructure needs and increased refueling hub utilization."

On the day of Hyzon's announcement, shares of Clean Energy Fuels closed more than 5% lower than where they closed the previous trading day.

While the market corrects for the effect of the Reddit crowd having driven shares of Clean Energy Fuels higher last month, long-term investors shouldn't be too worried about the stock's current decline. Of course, Hyzon's announcement seems like a more material threat to the future of Clean Energy Fuels since the adoption of natural gas-powered heavy duty trucks is a pivotal part of its growth strategy. But investors need only to remember Nikola and how rocky its road toward growth has been to understand that there's an ocean between Hyzon's projected growth and the achievement of its guidance. Therefore, Clean Energy Fuels investors should sit tight and focus, instead, on the company's Q2 2021 earnings report that is expected on Aug. 5.